Early in June, John Monnett spoke about stepping down from Sonex Aircraft, the kit manufacturer he founded and has lead for decades. The company clarified, “After almost 50 years of involvement in the kit aircraft industry John has announced his retirement.”

A Half Century of Achievement 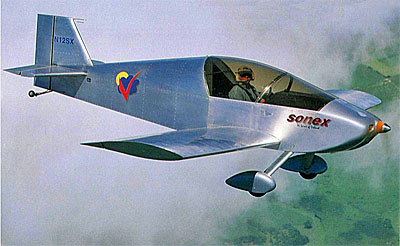 John’s roots in experimental aircraft date to 1968 when he was a young school teacher. After building a highly-modified Midget Mustang he was introduced to another Oshkosh legend, Steve Wittman (after whom the city airport is named). The two pioneers enjoyed a long friendship, which resulted in the development of Sonerai I, a Formula Vee racer that was John’s first design.

Sonerai launched John into business. A half century later, he has many designs to his credit including several iterations of the Sonerai design, the Monerai sailplane, Moni motorglider, the world-record-holding Monex racer and a complete line of Sonex Aircraft models. 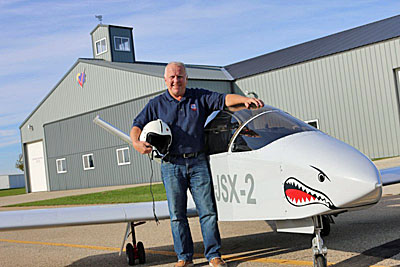 John poses with the jet-powered variant of his versatile line, this one cleverly named SubSonex.

Recognizing his work, John was inducted into the EAA Homebuilders Hall of Fame and is a two-time winner of the Dr. August Raspet Memorial Award. He has also received the EAA Freedom of Flight Award, the Society of Experimental Test Pilots Spirit of Flight Award among other distinctive honors.

While leaving his present duties, “I am …not forsaking my passion for aviation,” explained John. “I will continue to contribute where I can into the future but will be leaving day to day operations in the very capable hands of my staff.” For some time — since the tragic loss of John’s son Jeremy in 2015 — the company has been managed by longtime employee, Mark Schaible.

Own or Thinking Sonex?

What does this leadership change mean for owners of Sonex Aircraft (more than 500 are flying) or those building kits or pilots considering building one of the company’s kits? 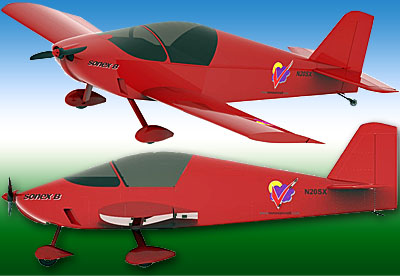 Indeed, the Oshkosh enterprise reports being in its most successful period in recent years. “We have a full order book of kits including several new SubSonex Personal Jet quick build kits along with many additional delivery commitments for [other] kits & sub-kits,” said Mark. “Many traditional and quick build kits have already delivered so far this year.”

Readers of this website and affordable light aircraft enthusiasts will be pleased to hear Sonex is doing well. The company’s simple kits offer energetic performance and surprisingly modest prices, a goal of the company since its founding. Not only does Sonex offer a variety of one- and two-seat kits but they have their own line of engines under the name AeroVee (video featuring Jeremy Monnett). These kit engines further help lower the costs of building and flying your own airplane. 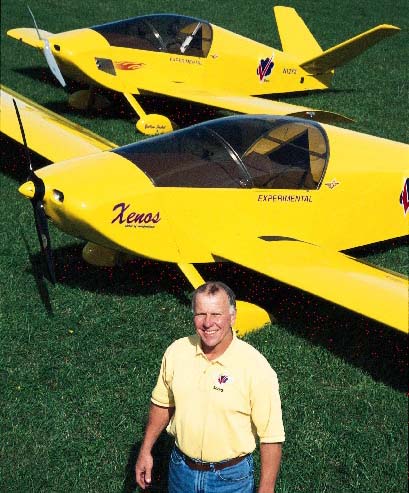 After decades of innovation and leadership, Sonex offers a family of affordable aircraft and engines.

A leader in the experimental kit aircraft industry Sonex Aircraft provides a series of sport aircraft along with the AeroConversions line of engine products. Aircraft presently offered include Sonex, Waiex, and Onex sport planes, the Xenos sport motorglider, and the SubSonex Personal Jet.

“All offer wonderful performance in an easy-to-build, easy-to-fly kit package that can be purchased and completed with full technical support at an unrivaled price,” boasts Sonex.

For both airframes and engines, Sonex “continues to invest heavily in developing new products. Our team is committed to providing simple, elegant and low-cost solutions for sport flying.”

Those interested in learning more about John can read his biography, John Monnett: from Sonerai to Sonex, written by Sonex builder Jim Cunningham and available for purchase from Sonex.