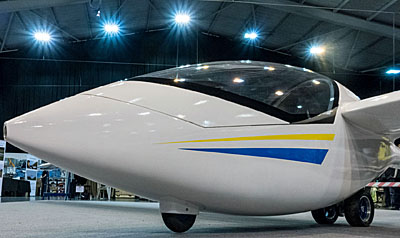 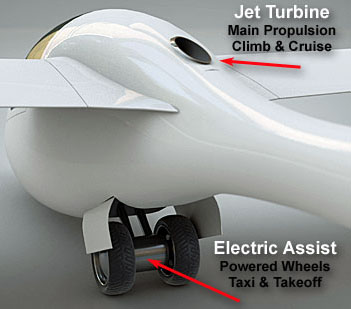 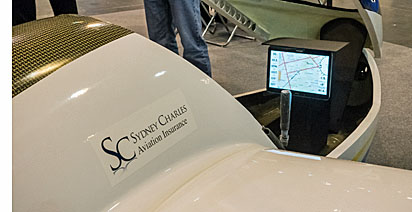 What’s in a name? I like Glowfly, as a sort of double entendre. It could suggest “Go fly,” or it might refer to glow as in the spark employed to start a turbine engine. Yup, in case you didn’t see our earlier article by Dave Unwin, the newly renamed Glowfly is a jet-powered sailplane that uses electric-powered main wheel propulsion to assist. How’s that for — as my favorite British comedy troupe, Monty Python, used to say — “something completely different?”

Formerly called GloW (which nearly everyone was sure to misspell; certainly your smarty-pants smartphone would never get the capitalization right), Glowfly is moving along smartly. Here’s an update the folks at ProAirport sent along.

In the last weekend of November at the Flyer Live show, ProAirport said, “We were overwhelmed by the number of visitors to the ProAirsport stand.  It was truly fantastic to meet and talk to all these extremely interested people who had made a beeline for us after hearing and reading all about Project Glow [the project’s earlier name].”  They reported that many interested pilots specifically came to see Glowfly live, as the show name suggests.

“We were very proud to have Glowfly on display and showcase our unique hybrid product in all its glory.” Unique is an often abused word that is properly deployed in this case. I know of no project quite like Glowfly.

Everybody wanted to know when ProAirport forecasts Glowfly will fly. “Of course, that’s what we are focused on right now,” they said. The team reports finishing the flight control installations, refining the ergonomics of the dual motor control systems, among “all the little jobs to finish.”

Roger Hurley, CEO of ProAirsport noted, “We’ve received continuously high quality press coverage over the past year with many positive articles.” Nonetheless, they report still-surprised faces when pilots discover the hybrid propulsion that combines a compact turbine and useful electric assist (nearby photo).

“We certainly raised eyebrows … in a positive way, we have to add,” said Roger. “Glowfly is official! Serial number 001 now has flight insurance and a UK civil registration G-CIUR which we will apply to the fuselage and wing shortly.” (I’ll bet the unceasing British plane spotters will be all over that one … but those peculiar Brits’ are a whole other story.)

For the Flyer Live show we added some color flashes and the sharp eyed amongst [readers] will notice we removed the landing gear doors so visitors could get a better look at our e-drive.” ProAirport also showcased a trial version of what will become their glass panel.

Current pricing is about $66,000 (converted from £43,950). That may not strike all readers as a low price but compared to any other self-launching motorglider, it is quite a good value, especially for one that can be flown without much regulatory hassle.

ProAirsport was established in June 2014. The company said that it “exists to build innovative light aircraft in deregulated or lightly regulated environments, worldwide.” Glowfly applies high performance glider design principles to a microlight aircraft to create a high performance hybrid microlight and a moderately performing self-launching sailplane, one many more soaring-interested buyers may be able to afford. “Glowfly is all about simplicity, operational convenience, self-sufficiency and lower cost,” they said. That description certainly applies to most of what we cover here on ByDanJohnson.com.

Check the ProAirport website to keep up with activities before our next report. If you simply cannot contain yourself, send email to Roger Hurley or Liz Mayne.

“I am now officially the Project GloW Test Pilot,” wrote Dave Unwin, who is a well-known and very experienced aviation journalist. “We’re hoping I’ll make the maiden flight soon, but with such a unique aircraft we’re not rushing and are taking things one step at a time.” He promised to … “let you know how it goes.”