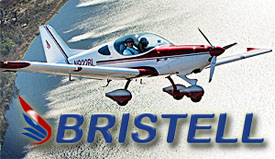 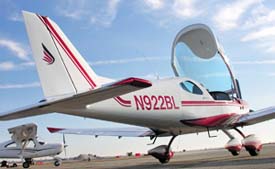 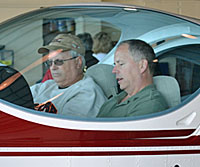 Since Sebring in January, the airshow season has rushed by at warp speed and now we return to more aircraft flown at the event that kicks off the aviation year. We’ll add more from Sun ‘n Fun soon plus we’re loading more than 30 new videos. In this post, we have a quick look at the all-new Bristell, first unveiled to the American pilot community at the AOPA Summit last fall in Hartford Connecticut.

*** If you feel a sense of deja vu when looking at Bristell, that’s understandable. It has some common design heritage with the SportCruiser or PiperSport because the man behind the BRM Aero Bristell — Milan Bristela — was once affiliated with Czech Aircraft Works which originated the design. That’s when Milan and I first met. He left the former company before it was taken over by Czech Sport Aircraft, designed another aircraft with a different partner, and finally chose a path all his own. Milan calls this a fifth generation design owing to his earlier work. Evidently those iterations paid off because at Sebring 2012, several media reporters went over the Bristell carefully and every one I spoke to was quite impressed (not always easy with reporters used to looking over everyone’s latest and greatest projects).

*** What really struck me were the many detail considerations, perhaps a function of long work on a design concept. Our video goes over many of these plus the very comfortable — and roomy (see photo) — cockpit.

*** I offer some specifications to help tell the story. Engine is the ubiquitous 100-hp Rotax 912; Span is just under 30 feet; Empty weight 729 pounds; Payload with full fuel (32 gallons) is 400 pounds; Range 700 nm based on more than six hours endurance burning 5.5 gph in high cruise; Cabin width is a whopping 51.2 inches, almost a foot wider than a Cessna 172; Baggage capacity is significant carrying 121 pounds in two wing lockers and space aft of the seat. Of course, the latter depends on other loading but is nonetheless appealing to those who want to travel in the Bristell. The U.S. importer says Bristell will get you from Philadelphia (not far from their current location) to Chicago with a single fuel stop. Stall is a low 32 knots or 39 clean and what’s called “max structural cruise” is listed at 116 knots or 133 mph. Never exceed speed is 145 knots. The Czech company is also working on a retractable model though that will not qualify under American LSA regulations.

*** In flight, Bristell was a thing of beauty with wonderful handling and a seemingly unimpeachable stability profile. I didn’t find any warts and I spoke to three other flight reviewers who were equally enthusiastic. Perhaps you ought to take a flight at an airshow near you. Because importer Bristell USA is new to the game (though well established in the LSA business), dealerships have not sprung up across the USA… yet. Even in an economic downturn that is taking its toll, Bristell seemed a breath of fresh air. Click to gain more info.