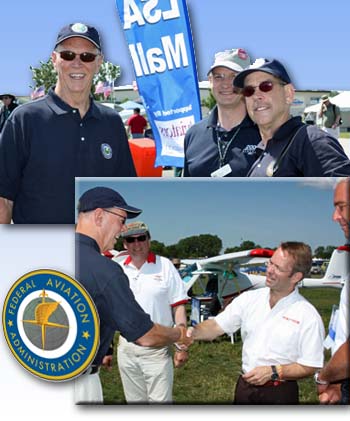 Like any new aviation segment, early incidents attract disproportionate attention. Now that we are five years into Light-Sport Aircraft, the outlook is good. Sure the industry still has work to do as it creates a new industry from the ground up, including writing all its own certification plans. But the heavy lifting is done and accident rate is acceptable. What remains is filling in gaps and fine-tuning the ASTM standards and producer execution to them. *** Yesterday, Flight International reported new FAA Administrator Randy Babbitt’s positive comments about LSA. “Babbitt says that the accident rates for factory-built light sport aircraft ‘are very compatible with what’s goes on in the rest of the general aviation world’,” wrote reporter John Croft. Commenting on the progress of the light sport industry in general, Babbitt continued: “This is a whole experiment for this category of aircraft where the manufacturers themselves have said, ‘We are going to design these aircraft, we are going to have statistics and design specs and all of those things people have to follow’.” Elaborating further, Babbitt said, “And the FAA has said to [the LSA manufacturers], as long as you comply with your own high standards then you will be fine. They have done that. I think they have excelled, have succeeded [at meeting] those standards. The statistics reflect it. Light-Sport accidents rates are very compatible with what goes on in the rest of the general aviation world. So they are doing what they said they would do and the numbers reflect it.” That’s an FAA report LSA producers have got to love!