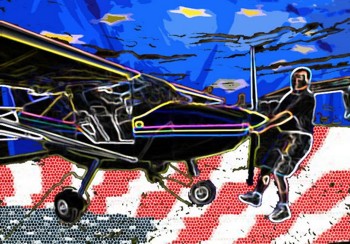 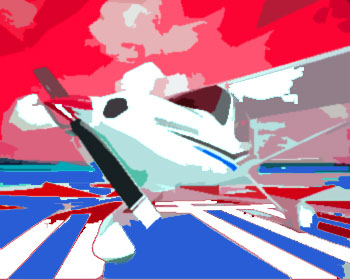 FAA’s European doppelganger is EASA ( European Aviation Safety Agency), a governmental body which has wrestled with how to “regulate the new kid” for some time. *** And EASA has at last come out with its much-anticipated CS-LSA, or Certification Specification for Light-Sport Aircraft. *** American makers have eagerly awaited the announcement so they could at least consider how they might better compete with the many LSA producers overseas that have dominated our domestic market (roughly 2 out of every 3 LSA sold here come from offshore). *** Although CS-LSA, as industry insider Dan Johnson reports, is “not exactly what the industry hoped for, it at least represents acceptance of the ASTM certification standards.” *** The benefit extends to all manufacturers foreign and domestic, since uncertainty over whether LSA aircraft produced for America, under the ASTM certification, would ever be legal to sell in Europe has been a stumbling block for Yankee sellers since the creation of LSA here in 2004. *** Light sport aircraft in Europe, known as ultralights and microlights, was already a thriving industry over there, and contributed to their acceptance here even as American makers scrambled to create, refine, upgrade and promote their own Light Sport designs. *** Working against everybody for some time has been the market’s Perfect Storm trifecta : *** 1. A high Dollar/Euro exchange rate (currently $1.41 per €1) which imposed high prices for all European-made LSA sold in this country *** 2. The Economy, duh. *** 3. The higher-than-anticipated cost of LSA from all makers foreign and domestic. *** Perhaps the biggest impact of CS-LSA on American companies will be that they can finally sell their ASTM-certified aircraft overseas. And the high Dollar to Euro exchange rate means American aircraft would be attractively priced to Europeans: they get an effective 30% discount. A U.S. aircraft priced at $90,000 would cost €60,000 over thar. *** But knocking that in the head is the nature of the CS-LSA spec itself, which incorporates many expenses not incurred in certifying aircraft to the ASTM spec in America. *** CS-LSA provides, as LAMA Europe’s head Jan Fridrich points out in Dan’s blurb on this topic, “merely another airworthiness code, which a manufacturer can choose in lieu of full EASA Type Certification.” That’s as in millions-of-dollars full. *** Say whuh? He means even under CS-LSA, any manufacturer must still get DOA (Design Organization Approval) and POA (Production Organization Approval) from EASA to produce aircraft for sale under under the new category. Which still means a significant cash outlay above and beyond typical ASTM certification costs that could run into hundreds of thousands of bucks for each model. Why? EASA charges fees for those standards. In our country, FAA’s oversight is funded by, yep, you and me, the taxpayers. Although the current debt reduction free-for-all in Congress might change that here too, who knows where that’s going? *** On top of all that, EASA also charges annual fees to keep those standards current. *** So Mr. Dan speculates this all could mean, if CS-LSA isn’t revised more favorably down the road, one of two things: *** 1. Bigger companies could pay the EASA charges and fold the increase into sales prices. *** 2. Smaller companies could say, “Nein”, throw up their hands and bail out of the entire business, finding the cost of competition too great. *** Bottom line: higher prices likely, at least for European-produced LSA. Americans who choose not to sell overseas might actually improve their appeal cost-wise here, while their EASA-conforming competition ponies up and suffers the need to produce pricier aircraft, even as those smaller European producers drop out of the game. *** One ray of hope in all of this lies in LAMA Europe’s ongoing push for a more “self-declarative” adjustment to the CS-LSA specification, which would lower or remove those added DOA and POA costs and help many companies choose to stay in business. *** Otherwise it could indeed be DOA for several companies who have hung in there all this time hoping to jump into the European market without incurring typical EASA and FAA full certification costs. *** Probably the best part of this news is that ASTM, doing well here in the U.S., now has a good foothold overseas, which expands its potential influence on light aircraft production worldwide.