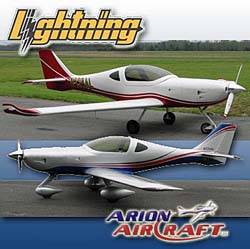 Arion’s all-American Lightning could be a candidate for export to Europe, if they choose to afford the cost of EASA’s inspectors. 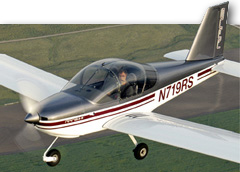 Rans has three SLSA models it could sell in Europe but sales may not justify the expense.

Try not to yawn. This is important. To see why, read “What does this mean…” below. *** EASA, roughly the equivalent of FAA for the European Union, finally released its CS-LSA, or Certification Specification for Light-Sport Aircraft. While not exactly what the industry hoped for, it at least represents acceptance of the ASTM certification standards. That reduces uncertainty for LSA producers in the European theater. For American producers hoping to sell across the Atlantic, CS-LSA presents an expensive choice. With the dollar low and the euro high, Made-in-the-USA aircraft could enjoy a price advantage if they could sell into Europe. *** If you’re an LSA manufacturer who must read this stuff, here’s the link to EASA’s “decision” and other documents. I plowed through this dense material but I also asked my counterpart in LAMA Europe to give me his view. *** Jan Fridrich is already known to you as the man who laboriously studies FAA’s LSA database to produce the figures I use to create our LSA market share reports. Jan said, “This is definitively a positive step from EASA, as they have practically accepted ASTM standards.” *** Jan explained further, “This is not a self-declarative system, however. It is merely another airworthiness code, which a manufacturer can choose in lieu of full EASA Type Certification.” Any manufacturer hoping to produce more than a prototype airplane must achieve Design Organization Approval (DOA) and Production Organization Approval (POA). Gaining those approvals can run tens to hundreds of thousands of dollars. *** Unlike FAA, which provides oversight with taxpayer dollars, EASA assesses Fees & Charges that are paid by the companies being reviewed. I have examined the fee chart and can confirm costs could add up to many thousands to win approval plus annual fees. |||| What does this mean to American LSA buyers? Assuming no improvement, this could go two ways. A larger company might pay EASA’s fees & charges and then factor some portion of those costs into the price they charge for their LSA. Or, smaller companies may simply say they cannot afford EASA’s bill and cease LSA production. Light-Sport Aircraft that are subject to EASA rules will experience upward price pressure. So either LSA meeting EASA rules get more expensive Or, your choices of LSA get narrower. *** Some observers might believe this could actually help American producers compete because two-thirds of our 118 SLSA presently come from Europe. Indeed, manufacturers selling to the USA that are based outside EASA jurisdiction might gain some price advantage. *** Because EASA charges nearly $300 per hour per man for a minimum of two inspectors, including every hour of their travel time (according to the Fees & Charges chart), a U.S. company wishing to sell LSA in Europe must spend a large sum of money gaining full approval… subject to wide variation depending on a company’s prior experience and preparation. LAMA Europe will continue its work to push for something closer to the U.S. self-declarative system but meanwhile, at least ASTM standards acceptance continues its global growth.