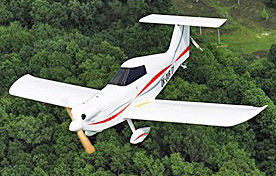 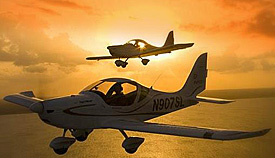 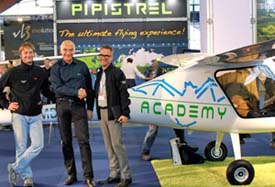 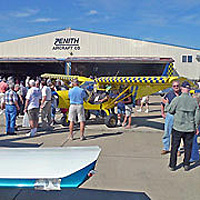 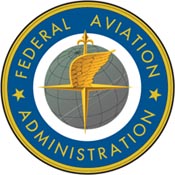 Single Seat Darling — Perhaps it’s because we haven’t had so many new SLSA offerings lately (though don’t look away too long as more are definitely on the way!). Maybe it’s because the new airplane is a single seater. Certainly we have not had many single seater SLSA … well, none so far, but that, too, is going to change with the Snap aerobatic aircraft and the electric-powered Yuneec eSpyder working on SLSA approval as one-place airplanes. It could be the low price tag. No question that a price under $60,000 for a ready-to-fly Special LSA is attractive. However, I’m always amazed at conventional aviation magazines droning on about the “high cost” of LSA when, in fact, we have many aircraft offered at below $100,000, several below $80,000, and a handful for even less the new SD-1 Minisport (and the other low-priced LSA are all two seaters). Whatever the reason for aero outlets’ great reporting on the Minisport, congratulations to the importers and producers of this fun-looking single place LSA. To hear more about their project, catch our video about the kit version shot at last year’s Oshkosh. Note that SD-1 has not yet been accepted by FAA as an SLSA.

Another Successful Pass — Minisport comes from — where else? — the Czech Republic, like so many of our Light-Sport Aircraft. An early arrival from that country and the very first to win FAA acceptance as an SLSA was Evektor. Now, midwest U.S. Sportstar and Harmony rep’ Steve Minnich reported Evektor passed a recent FAA audit. This comes as no surprise because the company has also successfully been ISO-audited, EASA-audited, and LAMA-audited. Still, FAA apparently wanted to go see for themselves after more than 100 are flying in the USA. Steve wrote, “On May 16th, 2013 Evektor successfully passed FAA’s audit at its production plant in Kunovice, Czech Republic. FAA focused on quality assurance in the manufacturing, design, maintenance and continued operational safety monitoring of Light-Sport airplanes.” One interesting part of this visit is that two FAA men allowed a non-FAA person to accompany and observe. This first-ever occurrence may be part of FAA’s written “Strategic Plan” issued August 7, 2012, which calls for industry to pick up this sort of duty at some point. Congratulations, Evektor!

Tuning Up Customers — Taja Boscarol of Pipistrel manages the company’s website and corporate communications, among other duties. For one, she gave my wife Randee and I a superb tour of their Slovenia factory last month. Her efforts to keep media informed about activities grabbed attention when Pipistrel announced their “Academy” at Aero 2013. Taja’s father and Pipistrel CEO, Ivo Boscarol said, “Among our customers I often see aviation enthusiasts who decided to start flying after a friend took them for a flight in one of our aircraft. They order their Pipistrel aircraft before even starting to prepare for their pilot license. They are successful, busy professionals and we want to help them by offering an effective training program with high standards.” Pipistrel is preparing online tools to help those new customers prepare for the pilot exam in any flight school worldwide. Saso Knez will head the Academy.

Fly In to Summer — Zenith Aircraft has become well known for their highly successful fly-in events that attract large numbers of participants. The Mexico, Missouri company is doing it again on June 22nd. The company invites, “This informal grass-roots fly-in gathering is open to all aviation enthusiasts. Come visit the factory, see the new Zenith demo planes, and meet with fellow builders and pilots.” The company also does a fall event that is more structured but in June, it’s more laid back. Start off with the Fly-In / Drive In Breakfast at Riley’s Roost. Beginning at 7 AM, hosts Glenn and Anita Riley invite Zenith builders and enthusiasts to their annual fly-in breakfast on June 22. You are invited to land at their great grass field northwest of Mexico but they caution, “Land at your own risk.” Get more info on Zenith’s event web page.

Help FAA Know You’re Flying — Each year, FAA surveys the flying population seeking information on aviation activity and aviation safety. The general aviation and professional flyer community responds but often, recreational aviation details are sparse. You can help change that. FAA hired an independent research firm called Tetra Tech which wrote, “The FAA’s annual GA Survey is the only source of information on the general aviation fleet, the number of hours flown, and the ways people use general aviation aircraft. These data help to determine funding for infrastructure and service needs, assess the impact of regulatory changes, and measure aviation safety. The GA Survey is also used to prepare safety statistics and calculate the rate of accidents among general aviation aircraft.” Tetra Tech added, “If you receive an invitation to complete the survey in the mail, it is important that you respond.

Wounded Warrior Broken Wing — Renegade Light Sport announced their new Wounded Warrior program, which they dubbed the “Broken Wing” Project. Recently relocated to Fort Pierce airport in Florida, the company said, “We will introduce our injured military heroes to the freedom of flight using two specially designed and equipped SC07 Speed Cruisers.” Speed Cruiser offers a low entry with wide door opening and has been fitted with hand controls. Renegade boss Doc’ Bailey added that he “doesn’t believe our warriors should be expected to pay a single penny to fly.” He has been seeking corporate sponsors to take a student at a time to offer them a chance to learn to fly at Renegade’s Flight Training Center. A former medevac helicopter pilot in the Army, Doc’ insists that “having sacrificed for their nation these soldiers should be offered the opportunity to fully immerse themselves in the life-changing experience of flight without worry of financial obligation.” Good for you Doc’ and the Renegade team! See more on their Broken Wing project.