Once upon a time in the then-new world of Light-Sport Aircraft Flight Design lead the pack for airplanes delivered and registered. That #1 ranking lasted for a decade. 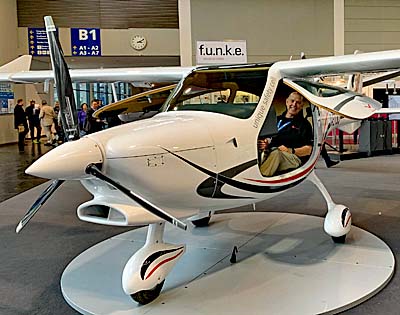 Then came a pause in the juggernaut that is Flight Design, a German company with a popular design. The company’s expenses outran their revenues and a major restructuring was forced upon them by the German legal system. This was 2015 but at Aero Friedrichshafen 2019, the company was looking strong. Their prominent space in Aero’s huge gymnasium-sized exhibit halls was filled with interesting machines, including the distinctive Horten flying wing.

All these today operate under the parent name, Lift, which also acquired the Rotorvox deluxe gyroplane.

Attracting a lot of attention was their brand-new F-series. Displayed as the first aircraft visitors saw, F2 is an evolved version of the company’s successful CT-series, which remains in active manufacturing. F2 was also shown with electric power. This was called F2e, or as their staff abbreviated it, “F-twee” (proving German engineers do indeed possess a sense of humor). The F-series will also include a new F4 four-seat version to follow, an evolution from the CT-series’ C4 four seater unveiled in 2015.

As you look at our short video below, you can see that the baggage area aft of the two seat is huge, rivaling the capaciousness of even Jabiru’s roomy J-230D. This voluminous aft compartment may suggest a natural progression to the four seater F4 that will follow but it is not just a large baggage area that looks different. The entire airframe is new as a quick glance confirms. 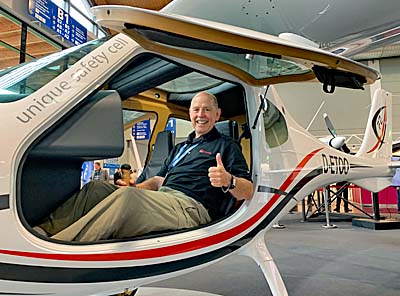 F2’s cabin is 3.1 inches wider — now 51 inches wide, among the broadest in the category — and two inches taller than the CT series’ cabins. Door dimensions have also been increased, making for easier entry and exit. The entry door is set 2.3 inches lower than those in the CT series and pilots who are less flexible will appreciate these changes. Four cabin windows and a sunroof in the rear give the cockpit an open feeling and improve overall visibility, boasts Flight Design.

F2 is available with either a 100-horsepower Rotax 912 iS engine or, for the European market, a 141-hp turbocharged Rotax 915 iS engine (915 presently requires an in-flight adjustable prop not allowed under current U.S. regulations for LSA). Rotax’s 912 iS engine delivers excellent fuel economy resulting in a maximum range of about 750 nautical miles for F2 from 34 gallons of fuel onboard. Deliveries of the new model were expected to begin in August 2019. 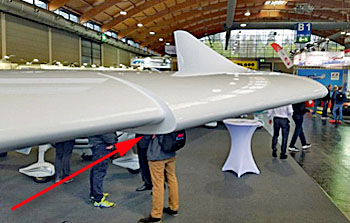 Pilots used to a full avionics suite should be pleased with the Garmin G3X panel including PFD, EMS and Map functions and a battery backup. With a Garmin GTX 345 transponder F2 is compliant with the FAA’s ADS-B “Out” required by 2020. Options can further outfit an F2.

See the entire equipment list and pricing on the company’s dedicated F2 page.

Charged Up for Flight

Since the Aero Friedrichshafen show, on June 5, 2019, the first public flight of the Flight Design F2e took place at the Strausberg, Germany airfield using its innovative electric propulsion system. 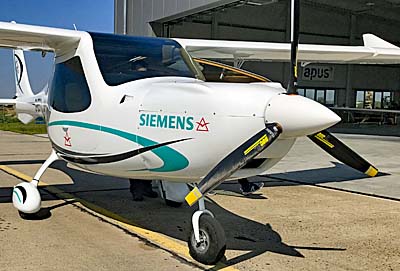 On its first successful first flight, Flight Design said, “Energy consumption for take-off and cruise was within the expected range, and the temperatures in the system were more positive than expected.”

Flight Design created F2e with partners Siemens eAircraft, the manufacturer and developer of the propulsion technology, and APUS, a Strausberg-based company specializing in the development and integration of aviation propulsion systems. F2e is based on standard components that are used in the Rotax 912iS-powered version of F2.

“Flight Training is one area that generates the best opportunity for improvment in the environment for nature, nearby residents and airfields as noise emissions are concentrated in that one place, the airfield, where future pilots spend a lot of time flying,” stated the company. 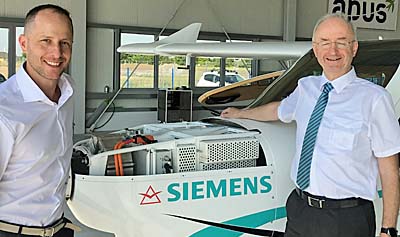 The propulsion system employs a 55 kW (approximately 75 horsepower) electric direct-drive motor, inverter, and electronic control systems. This propulsion system has already been extensively tested in laboratory and ground tests as well as flight tested for hundreds of flight hours under the supervision of Siemens eAircraft, reported Flight Design.

At this time, development of the electric propulsion continues while regulatory bodies around the world decide how they will handle approval of e-powered aircraft.