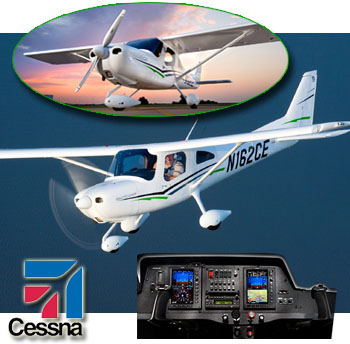 Cessna’s next major program milestone will be when Chinese producer Shenyang completes their first Skycatcher followed by its first flight. First deliveries are still expected in the last half of 2009.

Everyone interested in Light-Sport Aircraft is aware of Cessna’s loss of prototype #1 when it entered an “unrecoverable spin.” After Cirrus Design announced a slowdown in the development of their SRS, people have been wondering if Cessna would alter their plans for Skycatcher. Short answer: No. All is proceeding according to schedule. *** At AOPA Expo 2008, the Wichita giant reported that the now-lost Skycatcher prototype accumulated 220 hours in flight testing. Cessna will enlist their first production model to complete these primary evaluations. A third Skycatcher airframe will undergo various static tests. *** The company remains dedicated to ASTM standards. However, as general aviation’s leading producer, Cessna prefers to go beyond industry consensus standards so they also plan ground vibration tests (which can check for flutter) and airframe fatigue testing. Both employ elaborate test equipment to evaluate an airframe’s integrity and response to repeated in-flight loads. Both are complex studies that Cessna’s large organization can accomplish. *** Cessna also reported that production assembly jigs and tooling have been completed at Shenyang Aircraft Corporation, the Chinese factory that will do the fabrication. They plan to ship Skycatcher’s engine, avionics, and raw materials from the USA while Cessna personnel on-site will provide ongoing quality assurance.