A Message of Thanks
on a Day of Thanksgiving 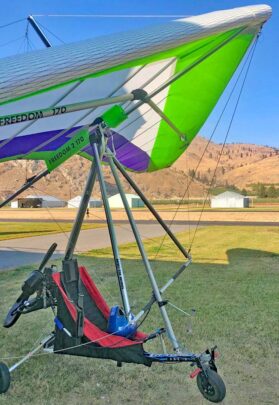 Is is even possible to fly an aircraft without all these advanced devices and services? Who would want such a simple aircraft?

You might be surprised. Over the years I’ve come to believe that Part 103 ultralights (see a lengthy list of 103s) are selling at roughly the same rate as Light-Sport Aircraft (market stats). I frequently get pushback when making this statement but I believe part of the answer is that these aircraft don’t fly where larger, more powerful, faster, noisier aircraft fly. Most 103 aviators fly out of fields or airparks. They don’t need space in your hangar. They don’t go very far, usually. They prefer to stay out of denser traffic areas. They go up for the view and an hour or so of aerial maneuvering.

Some sellers of 103-compliant aircraft say they cannot keep up with orders. Go figure, huh? One reason is a price tag that can come in below $20,000 for a ready-to-fly aircraft. When your new flying machine costs what an average new motorcycle sells for, is it affordable? The answer is different for each individual, of course.

In 25 years, what started out as a shop to make hang glider wings (North Wing, get it?) has blossomed into a full-fledged supplier of light flying gear, from hang gliders to full-LSA two place aircraft and all manner of flying equipment. The company has been lead by its founder, Kamron Blevins, since Day One. 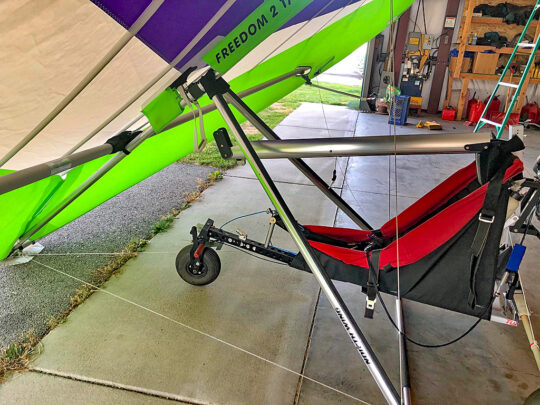 In their whole line — and it’s extensive; you can browse their website for quite some time — North Wing’s most expensive aircraft sells for $62,500. That’s their Scout XC Apache Light-Sport Aircraft.

On the affordable end is the ATF Trike powered by a 27 horsepower Minari 200 engine with two-blade carbon prop and the Solairus wing for $16,900. According to one survey of 353 motorcycle models, average cost is $15,867. 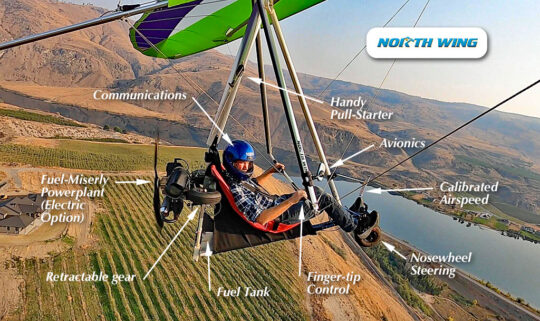 Just for fun, some references highlight the genuine simplicity of North Wing‘s latest trike. (Not a company diagram.)

However, these two prices merely span the range. In between, North Wing offers many model variations, several choices of wing, and a large number of accessories. For those who want to save a little and learn a lot assembling their own aircraft, North Wing also offers kits.

An electric ATF trike is also available, using a 21 kilowatt / 28 horsepower electric powerplant. It sells for $27,900, which surely makes it the most economical electric aircraft on the market. Of course, it can comply with Part 103. 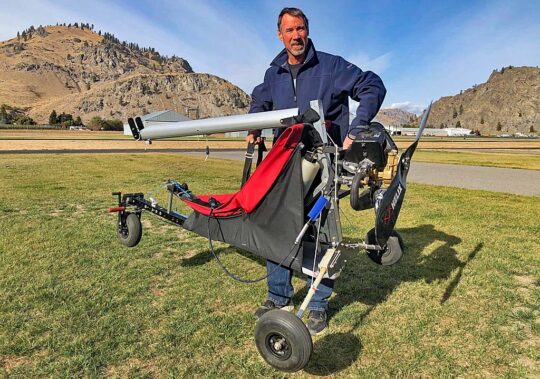 Besides saving you money on purchase, North Wing’s ATF also eliminates the need for hangar space (yeah, like you can find any at most airports). The trike and wing fold so small, they can be carried in/on a small vehicle and stored in your garage or shed. Super-light trikes like this use so little gasoline, even Part 103’s five-gallon limit is hardly needed.

I’ve enjoyed North Wing’s aircraft over the years and one of my favorites was the Solairus. 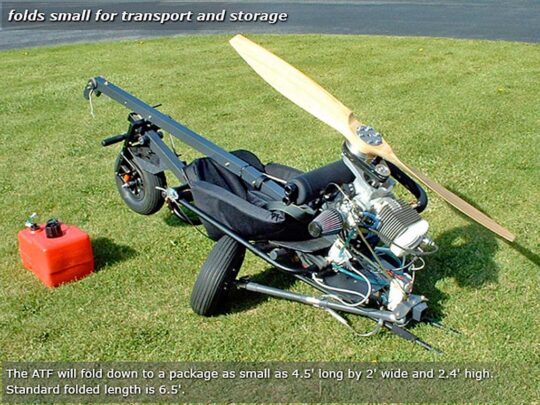 North Wing carefully prices everything they sell — from full-sized aircraft to small accessories — on their website. All shoppers can applaud such full disclosure while budget-conscious buyers especially appreciate the forthright way North Wing does business.

I’ve personally known founder and boss Kamron Blevins since we were both active in hang gliding. That goes back quite a ways and throughout I’ve found Kamron to be ambitious, honest, and innovative.

Check this Facebook exchange where several owners of North Wing’s diverse line express their thankfulness for North Wing. That kind of customer loyalty is precious.