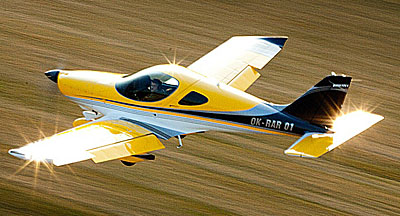 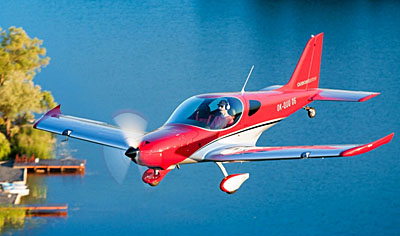 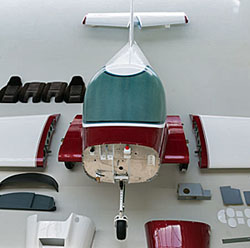 The Czech company offers a kit version as well; U.S. qualification has not yet been determined.

BRM Aero‘s Bristell got off to a good start in the USA two years ago. Unfortunately, after an initial burst of positive reviews and good response from pilots, the distributor at the time stumbled. A failed association with the now-defunct Aviation Access Project undermined the efforts but that association had nothing to do with the Czech aircraft producer. So, after a year or so of discussions and evaluation, BRM Aero found a new, high-quality representative.

In early December 2014, Bristell Aircraft, a New York corporation, officially accepted the appointment to represent the aircraft of BRM Aero. “Bristell Aircraft is an American company whose roots go deep into the highly-structured world of FAA-certified aircraft,” said Lou Mancuso, director of Bristell Aircraft. Over the last year, Lou has worked directly with BRM Aero “to develop, customize, and standardize aircraft specifically for the North American market.” Lou and his team bring 68 years of aviation sales, service and training success and appear well suited to the endeavor.

“We are excited to introduce American aviators to this exceptional aircraft,” said Lou. “In our flight schools we have owned and operated several brands of LSA. Without doubt the Bristell is the very best.” Milan Bristela, the aircraft’s designer said, “We are delighted to have the breadth of expertise and depth of resources that Lou’s team brings to Bristell and North America.” See this video interview with Milan shot at Aero 2013.

Conceived from the ground up for American customers, designer Milan Bristela’s creation has the widest cockpit available in the fleet of more than 130 Light-Sport Aircraft. At slightly more than 51 inches wide the cabin is broader than a Cirrus SR22 that sells for more than five times as much. “Milan focused on making the aircraft extremely comfortable, easy to fly and with enviable performance and stability,” noted Mancuso. With a substantial 600-pound useful load, two people can easily take off with full fuel and still have room for luggage, the importer said. Equipped with a fuel-sipping Rotax 912iS, the Bristell easily covers 600 nautical miles between fuel stops.

“This aircraft is the culmination of Bristela’s decades of aircraft design experience,” added Mancuso. “It’s sleek lines and superb fit and finish are an outward manifestation of the thought and care that have gone into its creation. In Bristela’s words, this aircraft is what his heart created. Hence his company slogan, ‘Wings with heart’.”

“American aviators demand a high level of quality, reliability, and support,” expressed Mancuso. “Simply importing and reselling an aircraft was not an option for us.” Working with BRM Aero, Bristell Aircraft selected upgraded interiors, equipped models with standardized systems and configurations like toe brakes and have standard tire sizes that are available at most FBOs. Bristell Aircraft said it maintains a comprehensive inventory of aircraft-specific parts at two east cost locations.

“We can ensure that Bristell customers enjoy ease-of-maintenance and maximum long-term serviceability,” said Mancuso. The result of the collaboration of the Czech manufacturer and the New York aviation enterprise is “a premier line of Light Sport Aircraft tailored for the American aviator with the highest level of quality, fit and finish available, and backed by the longest warranty in its class,” added Mancuso. Bristell offers a two year/400 hour warranty.

Bristell is available as a Light-Sport in either tricycle gear or taildragger configuration, A retractable model is offered in Europe. The European producer also offers a kit version and Mancuso’s Bristell Aircraft may elect to represent this choice as well. Any way it is configured, Bristell is a lovely, efficient, well-flying airplane. You can read my short review in this article or watch this video after that flight.

Bristell is one of what might be called a boutique manufacturer. A small, core group associated with designer Milan Bristela performs the manufacturing of his handsome airplane available in multiple configurations.

Now you order a Bristell model from a reliable and long-established U.S. enterprise. Those who examine the Bristell closely will start to appreciate how interesting a fifth generation LSA design can be.