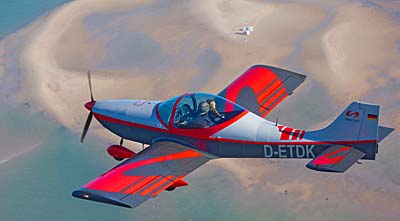 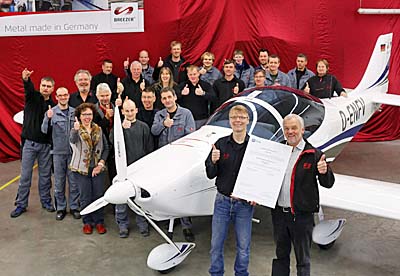 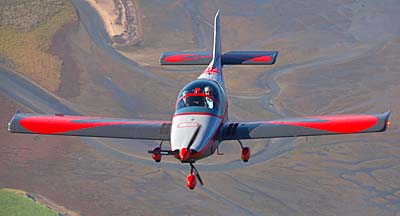 A well-worn line is often repeated by those trying to gain approval for an aircraft. The line is typically employed referring to FAA Part 23 type certification because that regulation dictates massive documentation of design, testing, production systems, and more. It is often stated humorously but it’s quite serious.

“When the paperwork weighs more than the airplane, you’re done!” It means an impressive amount of documentation is required to get FAA’s blessing for a new Cessna-Cirrus-Diamond-Piper.

In recent news about the approval of a Light-Sport Aircraft by the European Aviation Safety Agency, Breezer lays claim to a fairly rare credential.

Breezer is only the fourth LSA I am aware of to achieve Restricted Type Certificate approval from EASA, the Europe Union equivalent to FAA. The first two were (in order) PS-28 Cruiser from Czech Sport Aircraft followed by the CTLS-ELA from Flight Design. Both were awarded at Aero 2012. These two were followed by Evektor in the number three slot.

On January 22, 2016, “Breezer Aircraft received the EASA Type Certificate for the B600m” reported Wolfgang Nitschmann, head of sales for the German producer. He said that after their first sales in the American LSA category in 2009, Breezer began work on certification for EASA’s version of LSA. “It is fairly similar to the ASTM rules,” noted Wolfgang. However, beside meeting all ASTM standards, Breezer had to gain Design Organization Approval, which they accomplished in 2012.

“Certification has been an intense verification process of strength assumptions, aerodynamic performance, usability and structured documentation,” Wolfgang observed. “At the end, the type certificate [required] 3,000 documents … roughly 15,000 sheets of paper to achieve final [approval].” He added that 150 flight test hours were performed and it took roughly 1,000 hours to work on the data achieved during flights, incorporating them into strength assumptions and into the pilot’s operating manual.

For Breezer Aircraft, the process of certification has been a milestone achievement. “Especially the EASA rules for quality management lead to an increased level of quality awareness.” said Wolfgang. Many believe customers benefit from the tighter processes involved to gain the Restricted Type Certificate.

When the first aircraft won their RTC AOPA wrote, “While the new [European] standards for light aircraft certification are less cumbersome and costly [than those required for heavier aircraft], Light-Sport certification in Europe remains similar to Part 23 certification in the United States.” No wonder only a few aircraft have gone through this tedious process.

My longtime associate at LAMA Europe, Jan Fridrich noted that EASA still pursues an expensive and complicated process for approval. He wishes it was “one to one,” meaning an identical procedure as in the USA. Indeed, the safety record after a dozen years of LSA is, to use FAA’s preferred term, “acceptable.”

Breezer Aircraft has produced their Rotax-powered all-metal aircraft in northern Germany since 2000. For some years, the model was represented in the USA but at present, Breezer is not sold in America. If interested, you find company contact info here.

Breezer’s certificated B600 is available with two levels of equipment. You can have a fully loaded Elegance model with a Dynon glass cockpit and a list price of $134,950 at present euro-dollar exchange rates. For flight schools or those on a slimmer budget, the more basic Attraction model lists for less than $108,000 (98,800 euro). Both models use a 100 horsepower Rotax 912 ULS engine.

Originally aimed squarely at the American Light-Sport Aircraft market, Breezer is a 13-year-old design. Cruise speed reported as 103 to 118 knots, with fuel burn between 3.4 and 5.8 gallon per hour following the old car racing line, “Speed cost money. How fast do you want to go?”