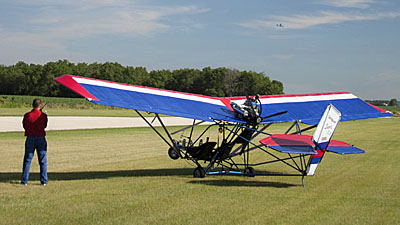 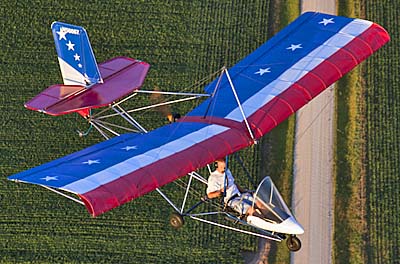 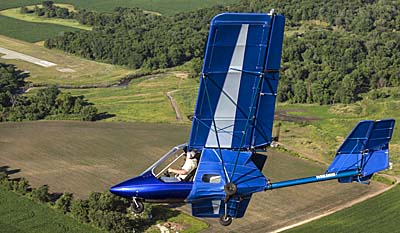 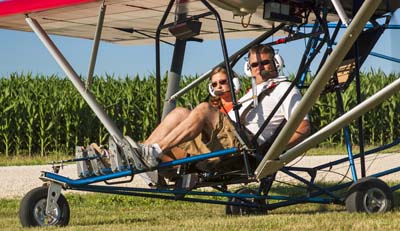 Aviation news outlets and social media are buzzing with the news that Quicksilver Aeronautics is closing its factory. For example, Aero-News Net — always a quick reporter of such news — is calling the event a “dissolution.” This is not incorrect; it comes directly from a document previously issued by Quicksilver’s lawyers (see more below). However, letters from lawyers often portray things in very black and white terms and the situation is somewhat more nuanced than that.

For several years, I have known the principals of the company — Will Escutia and Daniel Perez — and spoke with both of them this morning (Tuesday, October 20th, 2015). What follows is directly from the horse’s mouth, as they say.

In any such fluid situation, the news is more difficult to accurately report because not every decision is made. For example, if the company was bankrupt and going completely out of business (which phrase was used by another aviation reporter), the predicament might simply be reported as such. Yet that is not the case according to Quicksilver president, Will Escutia.

“We will not manufacture from our California plant,” started Will. “We cannot support the structure of a physical plant in California.” Many businesspeople know that running an enterprise in the Western state is very complex, with extensive regulation of even the smallest company. California also presents a very challenging employment environment, where an employee can cost much more than the hourly wage or salary they are being paid.

Quicksilver is also using equipment to manufacture that is increasingly aged. Those tools are fine for the job and anyone who seen a Quicksilver kit can instantly recognize the quality. However, times have changed and older manufacturing hardware has given way to new methods so while dealing with higher cost labor, Quicksilver has to maintain factory implements that demand more attention.

All this became too much to support by the business available. Sales of aircraft, which had been more robust, became insufficient when volume turned down even a small amount.

The official words blessed from company lawyers are succinct, “The international corporation, Flying Spirit Aircraft, that owns the intellectual property rights, is working through third party suppliers to make it possible for customers to continue receiving support including technical support for its SLSA.

Dan Perez functioned as COO or General Manager. He recently informed dealers and other insiders, “Running a business that includes a strong manufacturing component is complex. Fixed costs are quite high since we have two buildings, personnel to operate equipment, and engineers to solve problems. We have to pay for maintenance, building insurance, utilities and other overhead.” Anyone who has operated any kind of manufacturing plant knows exactly what Dan wrote although private buyers may not recognize the day-to-day difficulties.

“In order to offset these costs, sales of aircraft are needed in addition to the usual replacement parts, otherwise the stress on the business becomes unbearable,” Dan continued.

“Although we saw an increase in aircraft sales from 2012 to 2014, 2015 has turned out to be a year with lower demand. Tremendous efforts were placed in order to reduce costs dramatically. However, this has not been enough and therefore a very significant reorganization of the company is underway in order to have a much, much leaner company with much lower fixed costs.”

“In 2015, we were operating below breakeven so our debt was increasing,” said Will. Instead, he stated, “We plan to follow an outsource model,” which he explained means that they are negotiating with third parties, including some very longtime Quicksilver outlets such as Lousiana’s Air-Tech. Indeed, Air-Tech principal Gene “Bever” Borne has been associated with Quicksilver aircraft decades longer than the current owners.

“Liquidation became the way to go, so we can do something else,” continued Will. “We will liquidate the inventory and tools to pay off debt, but we will continue to work with third parties.”

“First, we want to assure availability of parts and components,” added Will. It is presently unknown how the company will handle fully-built aircraft. As reported here, Quicksilver won FAA acceptance in July 2014 to make a Special LSA version of their Sport 2S.

While most readers and nearly everyone in aviation knows Van’s Aircraft is perhaps the largest seller of kit aircraft (at more than 20,000 delivered, according to last reports), Quicksilver is the kit giant of aviation. More than 15,000 of their kits have been delivered and nearly every one of these is flying all over the world. Van’s is nearing the 10,000 mark of completed aircraft. While those RV models are more complex aircraft, the build effort for which is more significant, the fact remains that Quicksilver is aviation’s success story regarding kits that are owner flown in large numbers.

However the story unfolds in the weeks and months ahead, I expect Quicksilver aircraft models to continue to fly and to be sold. If owners Escutia and Perez are successful in selling the assets in an auction coming up on November 3rd, Quicksilver manufacturing may go on relatively smoothly. Regardless of the auction outcome, some enterprise or collection of enterprises are certain to continue to make parts and service a fleet of many thousands.

I will keep reporting this news as it develops. Please click back often.

Watch our video interview with longtime Quicksilver national sales representative, Todd Ellefson to see a beautiful GT500 restoration, an example of how these desirable aircraft will continue flying despite the current turmoil.