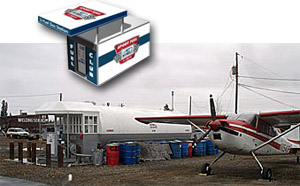 U-Fuel offers a turnkey fuel system that can supply mogas to airport operators.

Zero ethanol (E0) fuel is available at some stations today. 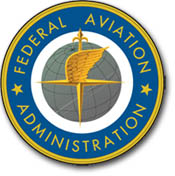 Two publications — GA News’ “The Pulse” and AvWeb reported on a letter from Congressman Henry Waxman (D-CA) urging FAA to help airports encourage auto gas supply. While his reasoning has a political quality (no surprise in this election-charged atmosphere), the point for LSA enthusiasts is that this could help increase availability of Mogas at airports. Since the Rotax and Jabiru engines that power the vast majority of LSA actually prefer automotive fuel as experts say it burns cleaner and provides a more efficient use of fuel — plus it costs significantly less! — congressional pressure on FAA could be a game changer.

The downside is that many in aviation’s more influential ranks are focused on withering supplies of 100LL Avgas and for unexplained reasons, some continue to resist supplying Mogas at airports. Waxman’s letter refers to a report by FAA’s Unleaded Avgas Transition Aviation Rulemaking Committee report released in February 2012. “This report outlines steps to identify, test, and certify an unleaded ‘drop-in’ replacement fuel by 2018,” the Congressman wrote, “but it does not identify any efforts to reduce the use of leaded fuel before such a replacement fuel becomes available, even though, according to the report, it may be 11 years or more before the new fuel will be phased in.” So, no action for six years and possibly no replacement until 2023. That doesn’t sound very promising for all those aircraft that can’t run on less than 100LL

While our LSA can run on 100LL, they’d just as soon be fed Mogas (even the lowest priced “regular” 87-octane is sufficient for the 80-hp engines) so more airports with auto gas would be beneficial. Waxman also wrote, “Airports face significant barriers to offering fuel alternatives, which include lack of pilot education, uncertainty about liability coverage, and concerns about the supply of high octane unleaded fuels that are ethanol free.”

The reference to ethanol-free (“E0”) fuel is worthy as many older engines need non-alcohol go-juice. As the Aviation Fuel Club — which was specifically referenced in Waxman’s letter — has observed, airports might find a lucrative source of additional revenue by offering E0 fuel to non-aviation buyers, such as marine enthusiasts, outdoorsmen who enjoy off-road vehicles, vintage car and motorcycle hobbyists, and many others for whom the ethanol fuels are incompatible. Going to the airport to buy E0 fuel would also bring more folks within sight of aviation.

Regretfully, Waxman’s letter many not get much near-term action. Along with many other government agencies, FAA seems to be obsessing over the impending sequestration that could cause budget cuts and the $15-billion-dollar agency already feels underfunded and overburdened. As I’ve reported, FAA wants to audit LSA producers but lacks the resources needed to do this swiftly, which may cause long delays in new models coming to market (putting a damper on one of the most dynamic aspects of the LSA movement… new model development). Fuel ranks higher on the agency’s priority list, I’m sure, but while FAA rule-writers are already looking many years down the line for a 100LL replacement, here’s a way the agency could take action sooner, with little budget strain, and it could help LSA operators a great deal. Let’s hope they see the wisdom of this and that FAA helps LSA fans get lower-priced, better fuel (that has less environmental concerns than does leaded 100LL) at an airport near them. It’s all-too rare that Congress does something worthwhile so here’s one action that shouldn’t increase the deficit and requires little federal spending. With all eyes on the election and that often-referenced “fiscal cliff,” do you suppose anyone in DC sees the wisdom of mogas at airports? I hope so!