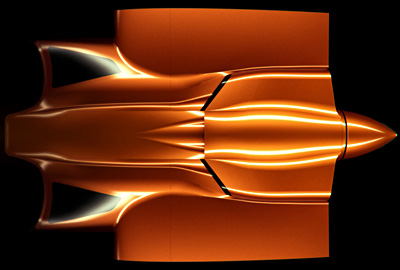 This a rendering of Wave’s upper fuselage center of Wave. Get a more complete view of the airplane in this article. 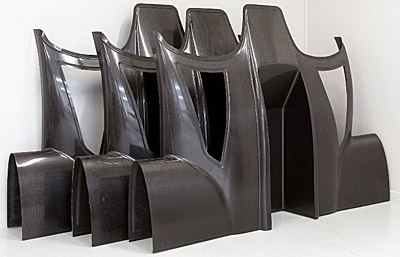 The above image shows three upper fuselage carbon fiber production components, some of which are for first customer aircraft deliveries. 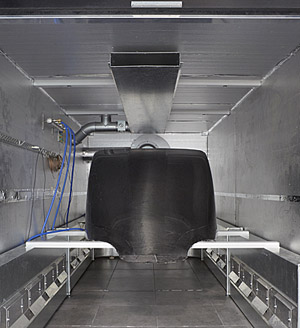 In this image the windscreen mold has just been cured in Vickers’ oven and is now ready for the first batch of screens to be made. 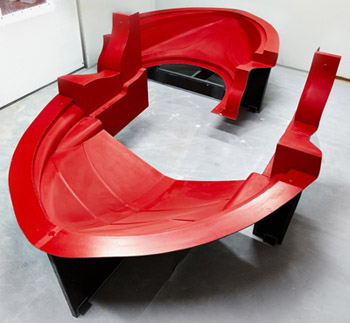 Nose components of Wave. See more complete images of the LSA seaplane and read all we offer at this link.

Unless you’ve had your mind on other pursuits — oh, for example, preparing to head to Sun ‘n Fun 2016 next week (the show runs April 5-10) — you could hardly miss the growing buzz surrounding Icon. A soft whistle of air escaping the cabin turned into a deafening roar as Aero-News.Net (always fast with news), AOPA online, AVweb and others piled on to a story about Icon’s 40-page A5 purchase contract.

Credible journalistic work was done by Jim Campbell, Jim Moore, and Paul Bertorelli (respectively of each of the publications mentioned above) in documenting the behemoth contract. I have an opinion too — one part respectful of the California company’s wish to protect their brand and their investment and and one part saying, “What the…?” I see no reason to delve into further than the lengthy stories my fellow writers already posted.

Instead, I like following what’s new in Light-Sport Aircraft, light kit aircraft, and ultralights. I have such an abundance of story material, my task is how to present it all. Thanks to Jim, Jim, and Paul for doing their jobs but I prefer to look south… way south, all the way south to New Zealand, nearly on the other side of the planet.

I refer to Wave from Vickers Aircraft. I’ve been following this since near the beginning (much like I did with Icon) and I want to provide an update from the company.

People are scratching their heads about Icon. Many (like me) wish them well in their goal to grow aviation but wonder what is taking so long. Meanwhile, working furiously but out of the glare of bright stage lights is Paul Vickers and his dedicated team at Vickers Aircraft. Their work demands careful planing and other elements.

First: vision. Many think Icon started something good. Certainly their airplane is handsome and flies without fault. They had vision. Over my years in aviation publishing, I’ve met hundreds of engineers and hundreds of artists. I find those creative folks share a common theme, that of wanting to do something excellent. Aircraft designers envision what some of us cannot. Then they start drafting. The same could be said of a sculptor looking at a massive block of granite or marble and seeing the finished work before picking up a tool.

“From the beginning our plan was to build a production aircraft using realistic techniques and real world solutions,” said Vickers CEO, Paul Vickers, with whom I’ve been communicating steadily for more than two years. “I am pleased to say that real progress is exactly what we are achieving.”

Especially in light of recent events, Paul’s observation — made several days before the Icon furor started — was, “The LSA sector is screaming out for an amphibian that is real and delivers on its promises. Wave will do so, you have my personal guarantee,” asserted Paul.

Second: money. You have to have it and plenty of it to build a new-from-scratch LSA seaplane. This may be one of the toughest tasks: birthing a new airplane company… just ask Icon or many other companies.

“We secured American investors to help us bring Wave to reality,” said Paul. “Their incredible support helped to shape 2015 into a year of progress and success.” The images accompanying this article give visual proof of progress much better than engineering drawings can.

“Our customers continue to give us the confidence and determination to reach beyond our limits to bring our incredible product to the aviation market,” Paul expressed. “With strong encouragement from our supporters we were driven to strive for excellence.”

Third: tooling. In 2015 Vickers Aircraft fired up their first curing oven. “We are well underway with producing the pre-preg carbon fiber parts for the first production cycle,” said Paul. He added that custom-developed PLC software enables detailed control of heating cycles and offers the full traceability that is required to manufacture aircraft. Vickers’ oven is capable of producing components for 30+ aircraft per year, he said.

Team Vickers is fully in control of their process. “All components for the Wave, both aluminum and carbon fiber, are made in house by our dedicated team,” Paul noted. You cannot build an all-carbon-fiber airplane without some rather exotic tools. (For comparison, Icon does not primarily use carbon fiber, though companies like Flight Design have done so for years.)

Fourth: manufacturing. Over my years following more companies than I can recall anymore, I’ve seen brilliant designers create some fantastic airplanes… and then never build them, or not very many of them. Some engineers design for production from the start and Paul Vickers relentlessly stresses this is his goal.

Paul said, “As we enter into the next stage of growth for Vickers Aircraft we have begun looking for a suitable location to base Vickers Aircraft USA, our sales, training and delivery facility in the United States.” He has begun exploring sites on the East and West coasts.

As reported earlier, Wave will be powered by the 180-horsepower Titan engine, now offered by Continental Motors. This potent powerplant should do wonders compared to similar weight LSA seaplanes using 100-115 horsepower.

“Deliveries will start early 2017,” promised Paul. “We are aiming to be flying late this year.” Indeed, a powerful Wave is building.

Below, watch a video of production work to make carbon fiber parts for the Vickers Wave…