A month ago as EAA AirVenture Oshkosh 2021 ended, the most popular article from my week of reporting from the big show focused on Composite FX. The Florida producer makes a line of single seat helicopters many pilots could actually afford. 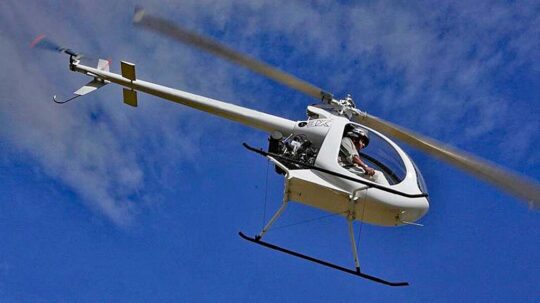 Those words almost don’t belong in the same sentence: “afford” and “helicopter.” Most pilots have little idea how much they cost because they’re seen as expensive and devilishly hard to fly. A Robinson R22, the company’s lowest cost two seater, starts at $325,000.

So, are all helicopters expensive and difficult to fly? “No,” say Composite FX representatives. As helicopters go, light weight can aid ease of operation. The low mass of Part 103 ultralights can be optimal in some situations but don’t take my word for it. With this article I present two fresh videos about this company and their aircraft. 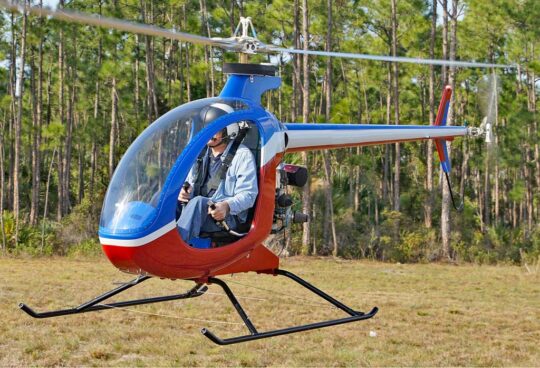 The XE290 is equipped with a more powerful engine, additional fuel, and more instrumentation. Of course, you have to build this one but they can help at the factory.

Their top-of-the-line is the XET, with “T” for “Turbine.” The factory guys seem most stoked about this and no wonder. All XEs, regardless of model, run their engines at high revs during most of the flight.

Such engine operation and the need to direct power two ways and at two speeds is why original creator John Uptigrove‘s transmission simplification was so important.

Usually, helicopters have a costly, heavy, maintenance-intensive transmission to take some engine power and send it to the tail rotor at a higher speed while the rest is used to power the main rotor at a much lower speed. Instead of gears, Uptigrove substituted cog belts for this transmission. The quality of belts has so improved that they are now considered to be highly dependable. Cogs, like gear teeth, insure against slippage. 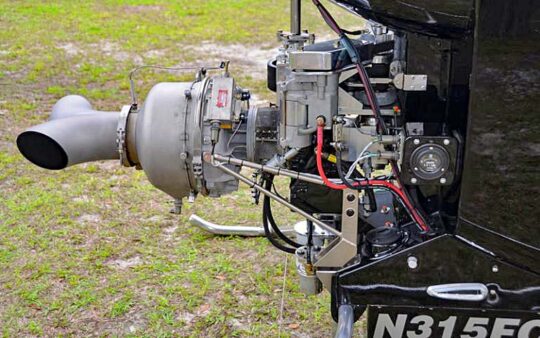 This simpler method is a key reason why not only are the XE helicopters well priced but why they have fewer repair problems and are significantly lighter in weight.

Cog belts must be changed every five years even if they appear to be in excellent condition. To avoid blowouts, semi-truck operators also change tires every five years whether visually needed or not. However, unlike big truck tires, the XE helicopter cog belts are modestly priced around $50, which seems like mighty cheap insurance for such a critical part.

First, would you call aviation safe? You probably would and I’d agree. Yet most people looking at our lovely little airplanes suspect we are either crazy or thrill seekers. Are pilots who think helicopters are inherently dangerous equally myopic? 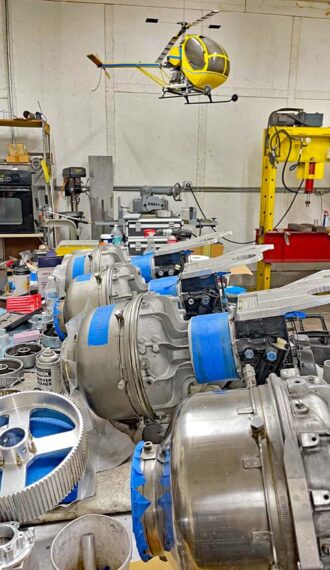 As Norbert explained, the light weight of the aircraft combined with that 19-foot, fast-spinning flywheel called the main rotor can make the action of auto-rotating much easier (though he advises you still have to act within one second of engine failure to maintain rotor speed).

Simplifying, auto-rotating means turning a helicopter into a gyroplane and gliding to a landing.

Learn more by visiting their web page or by viewing the two videos below. Composite FX’s XE line heightened my interest in rotary-winged aircraft. You could be similarly affected.

It’s too early to know but FAA’s upcoming regulation may possibly accommodate rotary-winged aircraft — in addition to finally letting gyroplanes qualify as SLSA. As the agency significantly changes the rules for Light-Sport Aircraft, new doors could open. 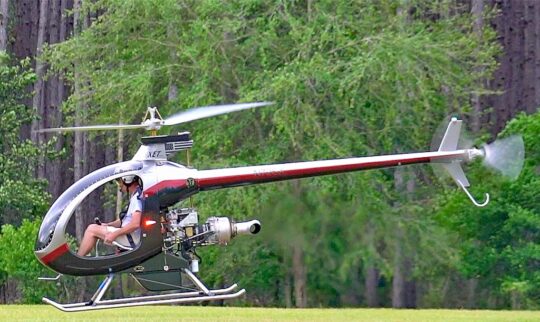 Composite FX personnel showed interest in looking into this opportunity and it is not unreasonable for FAA to at least consider these aircraft assuming appropriate ASTM standards can find acceptance (no helicopter standard has yet been proposed). XE safety does not pose a problem; Composite FX has delivered around 500 units and only two suffered serious accidents, according to the factory. 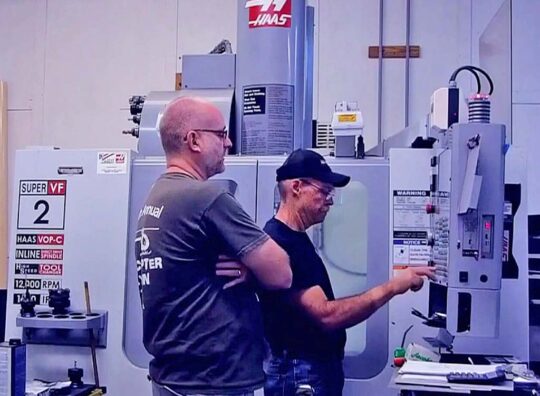 Composite FX’s Norbert Richter observes while a technician programs a CNC machine in their factory.

Another challenge for XET as a SLSA: FAA permitted only piston engines for LSA when they issued their first regulation in 2004. A reason given for this requirement — which regrettably also eliminated any chance of electric propulsion although this will be fixed in the new reg — was to prevent turbine powerplants. They were considered too complex for Sport Pilots. Yet ask any pilot or mechanic with jet engine experience and they’ll say turbines, which spin at very high revolutions, are actually simple to operate.

A company in Australia, TurbAero, has developed a small turbine that could be used on LSA and they have written a proposed ASTM standard for such powerplants.

Maybe in 2024 you could buy a turbine XET ready-to-fly. Now, wouldn’t that be something?

This first video is shorter (6 min.) and introduces you to the XE line of single place helicopters from Composite FX. You also get a close look at some of the hardware innovations that help Composite FX maintain modest prices. You may not believe the aerial “taxiing” you’ll see in this video.

This second video is a full-length interview (14 min.) with factory rep, Norbert Richter. We go through some history of the design and delve into details about construction, operation, and cost. Periodically, while the interview goes on you will be treated to some amazing flight footage. Enjoy!