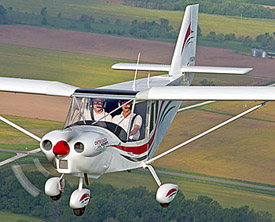 Zenith showed Cruzer for the first time for at Sun ‘n Fun 2013. See our video interview that also discusses the UL Power engine.

This photo from Zenith allows a comparison of the CH 750 STOL and the CH 750 Cruzer. 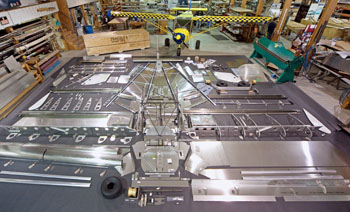 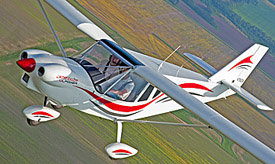 Zenith Aircraft based in Mexico … Missouri, to be clear, is one of the most solid and impressive kit producers in the light aircraft world. Chris Heintz designs were previously manufactured as fully built LSA by another company. Though that organization discontinued some years back the kit supplier and its models have thrived as before, every year delivering a number of airplane kits that could make other producers jealous. Last year Zenith introduced their newest model as a variation of their very popular “Sky Jeep,” known officially as the CH 750 STOL. Giving the airplane more cross cruising capability resulted in an airplane logically named Cruzer. Simply put by 20-year Zenith demo pilot veteran Roger Dubbert, “Some of our customers wanted an aircraft that would go a little faster.” The total change added about 20% to cruise speed compared to the 750 STOL. Recently, Zenith announced shipment of the first CH 750 Cruzer kits.

First shown to pilots at Sun ‘n Fun in April 2013, Cruzer is what the company calls “on airport version” of the Short Takeoff and Landing (STOL) CH 750 that was originally designed for back country flying, according to company officials. Preceding the widened 750 for many years was the CH 701, the model that earned the “Sky Jeep” tag. Unlike its bushplane older brother, Cruzer is built for runways, so it uses smaller wheels available with optional wheel fairings and a new wing and tail designs to achieve a higher cruise speed. A single faired strut replaces the dual struts of the CH 750 STOL and the fuselage has changed shape subtly resulting in a lifted and enlarged empennage (photo). Cruzer seats are comfortable enough for longer flights and with the wide door and overhead skylight, visibility is very broad in the new model.

Designed for first-time builders, the new kits employ computer aided design (CAD) and computer aided manufacturing (CNC) technologies, which assured complete construction of the airframe with simple hand tools and minimal skills that can quickly be acquired at one of Zenith’s monthly factory workshops, company officials noted. The CNC machinery allows the company to supply what’s called “match hole” skins that have pilot holes located so a homebuilder does not need extensive tools or jigs to achieve precision in the joining of numerous metal skins. Except for limited components such as the nose cowl or wheel pants the entire Cruzer design is metal, primarily aluminum.

“It will take about 400 hours to construct the all-metal airframe,” said Sebastien Heintz, president of Zenith. “People are going to be surprised by how quickly it goes together and how much fun it is to work on it.” Beside their regular workshops at their facility so many of the company’s kits are flying that owners across the country and around the world may be available to give guidance to first-time builders. To power their aircraft like Cruzer, CH 750 STOL, and their low wing CH 650 Zenith offers a half dozen powerplant options, complete with engine mounts and cowling. The Cruzer prototype is powered by a 130-horsepower UL 350iS engine (video) and features the Dynon SkyView glass panel. As equipped, the aircraft has an empty weight of 780 pounds, giving it a useful load of 540 pounds, which keeps it at the LSA limit of 1,320 pounds required for Sport Pilots. Climbing at 1,200 fpm, Cruzer can achieve 118 mph at cruise altitude yet the airplane shows its STOL roots by stalling at 39 mph.

See Cruzer up close in flight through this company video: