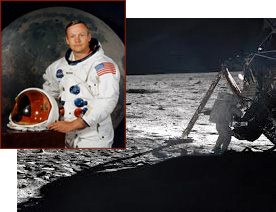 SP/LSA was announced 35 years to the day after Neil Armstrong touched foot on the Moon. 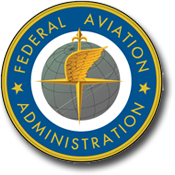 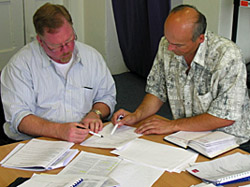 LAMA wants to encourage you to participate in FAA’s survey.

While time consuming to complete, FAA’s survey gives useful info to regulators and others; your participation might help LSA be compared more equally.

In light of recent developments, perhaps some ups and downs of FAA’s involvement with Light-Sport aviation can offer perspective. First some background; then an appeal for your help on behalf of LSA.

POSITIVE In the summer of 2004, precisely 35 years after the day Neil Armstrong set foot on the Moon, FAA gave birth to Light-Sport Aircraft and Sport Pilot. An agency of the government wrote a regulation obeying a 1995 law saying government agencies should relax the reins whenever reasonable. Presto! SP/LSA. In essence, the idea was to set aviation free from heavy-handed regs like Part 23 while also taming what some saw as the “wild west” of ultralight aircraft. This shrewd move propelled a rather fantastic 127 new SLSA models in only seven years… like nothing in aviation, worldwide, ever. For three years, LSA sales were firecracker hot!

NEGATIVE A couple years after the birthing, FAA started evaluating the producers. Teams visited 14 manufacturers ad 16 importers and declared many were not fully compliant with the ASTM rules of certification plus applicable regulations. Manufacturers declared on an FAA form that they’d done all the testing and had built proper manufacturing systems. FAA demanded they prove it. Without judging the aircraft themselves audit teams worked to verify these airframe sellers had all the paperwork and quality assurance processes implied by their statement of compliance. Some paperwork was incorrectly completed or missing. Some processes needed improvement. FAA gave a list of things that ought to be done. Before FAA’s assessment project report was released, the economy tanked, big time. Combined with FAA’s implication that companies weren’t compliant, some potential LSA customers got cold feet.

POSITIVE Despite the manufacturer’s lack of 100% complete paperwork, LSA safety remains reasonably good. FAA often uses the word “acceptable.” Of course it can always be better; same for Type Certified airplanes. Any fatality is terrible, but such accidents haven’t been too numerous. Paperwork issues aside, it’s clear most LSA engineers have done their job well.

NEGATIVE Due to the down economy money got tight. Producers’ paperwork improved but evidently not fast enough for the agency. In July 2012, FAA issued an order (8103.2G CHG 1) to their offices that the agency would insist on doing a top-to-bottom audit of any company coming out with a new model, or of any new company entering the market. Whew! Talk about a chilling effect on new model development. Meanwhile, some LSA ordered and paid for by customers are sitting in hangars with delivery in question. LSA producers are bearing the blame (“You weren’t fully prepared,” a customer might say). This is sure to cause financial losses for some companies.

POSITIVE To help show how safe LSA are, I want to encourage you to participate in an FAA survey. As LAMA board member Tom Peghiny wrote, “Data from the GA survey is used by the FAA, NTSB, and even Congress in their oversight of recreational aviation. It is crucial that owners in our segment (SLSA, ELSA and Experimental Amateur-Built light aircraft) make the effort to respond. Only by having accurate operational statistics can we know how our safety record compares to other parts of General Aviation.” LAMA believes that LSA conduct more operations — defined as a takeoff or landing — per hour flown than, for example, business jets, which are flown for hours at altitude. Therefore comparing LSA and business jet safety based solely on hours flown is an unequal comparison. More data from the LSA user community could correct the statistics. Please go the following website and enter your information: www.AviationSurvey.org Use the N-number of the LSA you fly as your password. Let’s make sure the LSA safety record is correctly compared!

Please bear with the survey; it’s long, clunky, and of crappy design, but the information is nonetheless important to transmit.