After a number of years with relatively modest rates for aircraft insurance — at least for the more easily insured aircraft and operations — rates have increased, even for experienced pilots with good records. 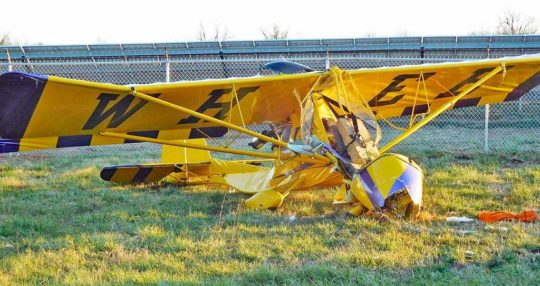 To learn more, we reached out to one of the most Light-Sport Aircraft, Sport Pilot kit aircraft-friendly insurance agencies, AIR, a fun abbreviation for Aviation Insurance Resources. My primary contact at AIR is Gregg Ellsworth, who was given an award in 2018 for being at every Midwest LSA Expo. He’s also a regular at most airshows and many sport pilots have come to know this man.

Thanks to rapid increases in technology over the last decade, insurance became ever-more competitive. “Ten years ago a quote for a Cessna 172 may have taken a day or two to receive all available quotes back,” said AIR agent, Commercial Pilot, and CFI, Victoria Neuville. “Today most carriers can provide their quote within minutes!” 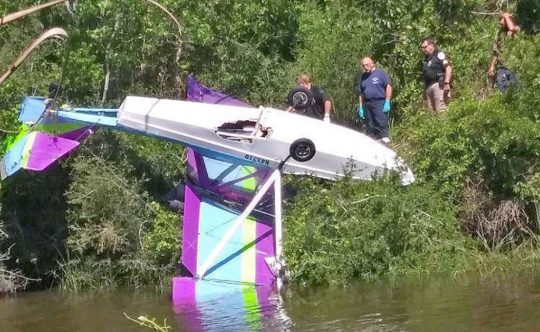 “With quoting becoming almost automated for many aircraft, insurance underwriters found themselves having to find new ways to stay competitive,” she added. “This meant broader policies, more flexible training requirements, and of course, a lower rate.”

These changes lead insurance companies to what is called a “soft market.” Pilots and aviation business owners often benefited from flexible underwriting and record low premiums. 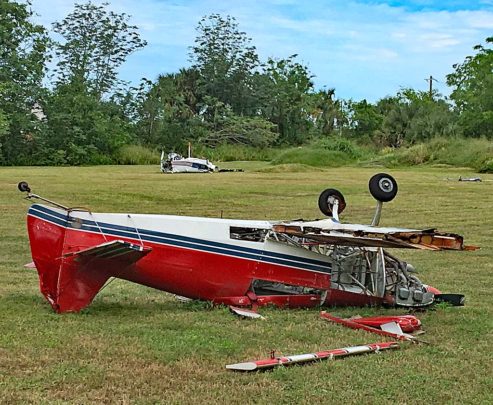 This site is near Embry Riddle Aeronautical University in Daytona Beach, Florida where students work with experts to investigate accidents.

“For the last decade, insurance premiums have been at an all-time low due to carrier competition,” confirmed Gregg.

“Aviation underwriters were all competing for the same group of business and the way to win the account was to provide the lowest rate,” he reported. “With these lower rates, however, the aviation industry didn’t experience any fewer losses, especially with the countless natural disasters experienced recently.” (Nearby photos reflect this concern.)

As with any business, Gregg explained, “rates had to increase in accordance with the outgoing costs.”

Additionally, Victoria indicated major changes are normally seen every two to five years. “After enjoying low rates for nearly ten years, the aircraft insurance market is once again hardening due to poor loss ratios,” she observed. “Stricter training requirements are being implemented to increase aviation safety.” 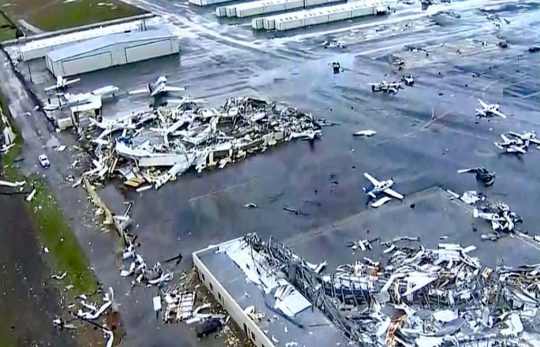 “Senior pilots have been greatly impacted in this hardening market,” Victoria continued, “specifically those in retractable gear and multi-engine aircraft. If a single engine piston fixed tricycle-gear aircraft can fit your aircraft needs, this will often result in a better rate and insurability on your aircraft insurance.” Her advice seems nearly written to boost the LSA industry.

What Kind of Losses
Are Driving Rates?

While this website exclusively focuses on the light aircraft industry, insurance for all aircraft segments play a role in establishing rates. Compared to automobiles, for example, aviation is a small market. 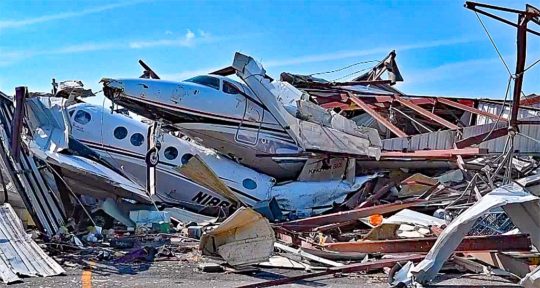 “Acts of God” can cause huge losses for aviation insurance and losses affect all aircraft segments.

It may be worthwhile to look at what drives loss ratios higher. According to AOPA writer Richard McSpadden, the four most common causes of non-catastrophic incidents that increases rates are: 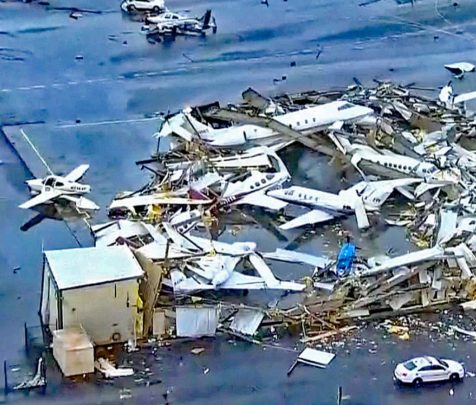 McSpadden summarized, “Dramatic fatal accidents and liability aren’t the cost [drivers] … contributing to rate hikes. It’s hull coverage.” My own LSA insurance reflects this. Liability insurance is relatively cheap; it is hull coverage that accounts for most of the annual premium I recently paid — 87% of the total for an aircraft worth about $80,000.

Gregg sells insurance for all aircraft types but he has become expert on Light-Sport Aircraft. He advises, “To mitigate the aviation insurance risk, many underwriters are now requiring stricter initial training if a pilot is new to the aircraft … from an instructor experienced in that specific make and model.” Learn more by reading his whole article focused on LSA insurance.

Aviation Insurance Resources is playing a long game. All AIR agents are pilots. They will shop all the major aviation insurance markets to find the best available rate for your insurance risk but they cannot conjure low rates out of thin air.