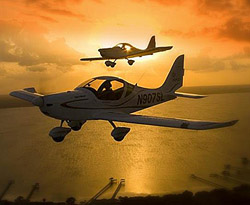 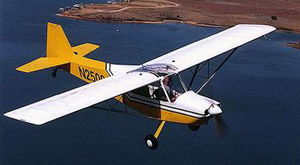 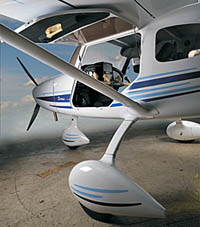 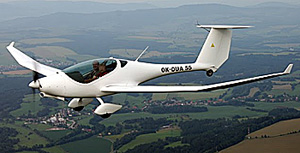 I often tell reporters and others that we must all keep in mind that Light-Sport aviation is an industry only six years old, a mere toddler in the realm of general aviation. In that time we’ve seen an astonishing development of all kinds of flying machines, 115 models deep. And this while industry had to write its own certification standards, establish dealer networks, build up supply chains to customers needing parts… from all over the globe, and much more. Contrarily, general aviation is many decades old and most of these systems have been established. *** Those GA folks, with all their experience, offer a way to help LSA grow and mature. LSA producers can learn a lot from these veterans. With that in mind, it may be interesting to hear a few comments from GA leaders. *** In an AIN Online article, writer Matt Thurber begins noting that experts ask the question, “[Is] general aviation (GA)… declining or poised for a renaissance generated by new interest in light sport aircraft (LSA) and avionics technology?” In a thorough response to the inquiry, Thurber cites the following general aviation aircraft production numbers: In 2009 only 1,587 aircraft were shipped, according to GAMA statistics, down from 3,029 in 2008 and a record 3,279 in 2007 (since a high of almost 18,000 aircraft in 1978). These numbers do not include LSA. *** He also had some flying activity numbers of interest: Since 1981, avgas consumption has declined by half, from more than 11 million barrels in 1981 to 5.2 million barrels in 2009. And this: [FAA] estimates that from 1981 to 2008 piston-engine airplane hours flown dropped from more than 34 million per year to slightly more than 15 million. Thanks to Matt’s research, here’s a couple other facts you may have missed: “At the end of 2009, [the U.S. had] 5,317 public-use airports, down from 5,718 in 2000. Private-use airports, however, have grown, to 14,298 in 2009 from 13,964 in 2000. Europe has fewer than half as many airports with paved runways as the U.S. (2,241 versus 5,128).” *** Nigel Moll, also writing for AIN Online (the articles shared a common release date), adds the perspective of others. The following quote got my attention as the source seemed unlikely. NBAA president Ed Bolen asserts that business aviation values entry-level programs. “It’s well recognized that the future of business aviation and the entry levels of GA are inextricably linked.” He indicated new flying enthusiasts can lead to professional pilots to fly transport jets. *** Driven by members’ desire to simplify Part 23 certification, GAMA president Pete Bunce likewise expressed support for LSA. Moll wrote that Bunce observed a big price gap between Light-Sport Aircraft (LSA) and the first certified aircraft. “It’s a pretty significant jump. So are LSA where we want them to be? No. Do they have potential to bring in people who just want to fly recreationally? Yes, and I think the LSA industry can grow.” Bunce continued, “I think our growth opportunity is to keep the LSA segment growing and fill the gap between them and the $500,000, certified, modern, capable piston aircraft.” (That’s where a simplified Part 23 becomes valuable.) *** As AOPA Online reported, even NATA, the National Air Transportation Association, is joining AOPA, EAA, and GAMA in supporting a petition to the FAA to allow flight training with a sport pilot instructor to count toward the aeronautical experience requirements of higher pilot certificates. *** From my view immersed in Light-Sport aviation, the preceding comments paint a picture of growing acceptance of and support for LSA in America. Add in the global possibilities of selling one design to any country accepting ASTM standards and I think the LSA future is exceedingly bright, even though the industry is presently mired in the same sludge affecting all of aviation.