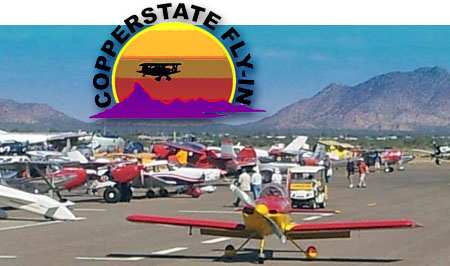 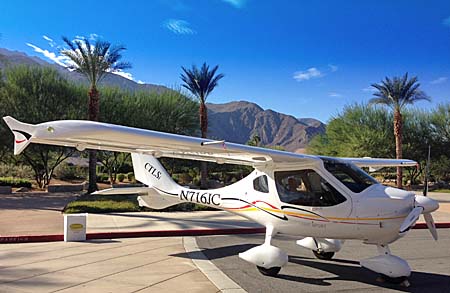 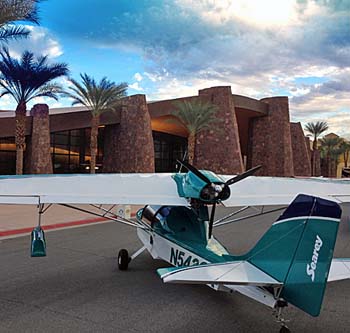 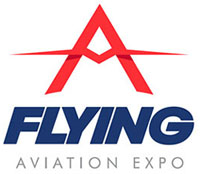 Two western U.S. shows are filling the aviation calendar at the end of October. They are the last two major events of 2014. Next up will be the Sebring Expo in January 2015. While I attend the Flying Aviation Expo in Palm Springs, California, I am once again amazed that the West has never truly generated any strong aviation events. The Copperstate event is one of the most long-lived at 42 years. More on that below. Yet with California alone having more pilots and aircraft than any other U.S. state — indeed, more by itself than many countries can boast — it has long puzzled me that the trend-setting state has never birthed a great aviation trade show or expo. The biggest events remain in the eastern part of the country led by AirVenture Oshkosh and Sun ‘n Fun. Even in the LSA space the stronger events are in Sebring, Florida and Mt. Vernon Illinois.

I should not leave out the 45-year-old Arlington show up in Washington state nor the Golden West event near Sacramento, California but for reasons that escape me neither has grown into the very large gatherings characterized by Oshkosh or Sun ‘n Fun. Arlington inhabits a lovely location and is a fine event I’ve enjoyed several times. However, its timing only weeks before and geographically far from Oshkosh makes it tough to get into the schedule of many companies. Neither am I ignoring convention center extravaganzas like those produced by the National Business Aviation Association (with perhaps more exhibitors than any other aviation event) or Helicopter Aviation International but these are highly focused commercial aircraft events that have limited appeal to the general aviation enthusiast.

The 2014 Copperstate Fly-In and Expo in Casa Grande, Arizona — located approximately halfway between Phoenix and Tucson — was the 42nd year for this southwestern show. It ran the weekend before the Palm Springs show on October 23-25 at Casa Grande Airport (KCGZ). Main organizer Steve Bass wrote, “We don’t have any real numbers yet but I think we matched last year’s [attendance] numbers.” He observed that visitor traffic was down on Saturday because of the heat at 95 degrees but added, “although we did have a full ramp.” As surprising to me as anything was the display of no less than 18 weight shift trikes. While these machines once were very strong at many aviation events, their numbers have been much lower in recent years. Copperstate bills itself as “the fourth largest Fly-In in the United States.” Copperstate is a very recreational aviation-oriented show out west but this year it was too close to the Flying Expo and I was unable to attend both.

So that brought me to beautiful Palm Springs, a resort town in the desert east of the Los Angeles basin. The former AOPA Summit many times came to this city first popularized by movie stars back in the day and plenty of people in and out of AOPA said this was their best location drawing the most visitors. The location a couple, three hours drive (or a one hour flight) from the massive L.A. metropolis assures organizers of plenty of nearby enthusiasts. It has also long featured a parade of planes from the main airport to the convention center. The beauty of this for attendees is that the aircraft are on streets right outside the hall and you need take no transportation to go have a look at them. Under direction of Lift Management, Flying magazine editor Robert Goyer noted in his opening keynote address and panel discussion (in which I was pleased to be a participant, waving the LSA flag) that this was the publication’s first event in the 87 years that title has been publishing. I write this on opening day and the hall is filled with about 120 exhibitors. People are streaming in and I want to make the rounds and see what people think. It’s already scheduled for 2015 as well. If you live in the Southwest, you should put this one on your schedule. It’s time for me to get back to the show.