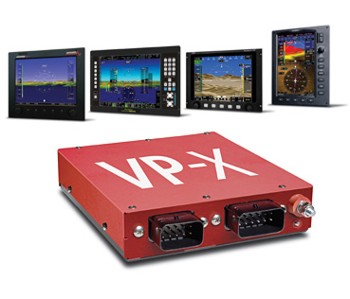 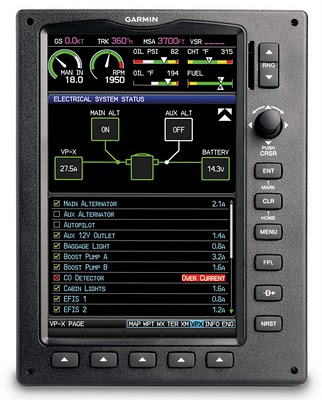 Vertical Power has a cool line of electronic circuit breakers that make it easy to monitor the status of your electrical system.  *** With so many LSA going to glass cockpits, having general and specific information about the state of your electrics displayed right on your EFIS screen is crucial to safe flight. *** The company’s VP-X Sport and VP-X Pro modules now work with many popular EFIS display panels. Most recent to jump on board is the popular Dynon SkyView 7″ and 10″ EFIS display panel systems, which Dynon’s Robert Hamilton expects to be fully integrated by the end of this year. *** Both VP-X units will also display with other popular panels from AFS, GRT, MGL and Garmin G3X.   *** The concept is simple and powerful: to allow monitoring of the overall health of electrical systems, view and control the status of individual circuits, and respond to circuit faults. *** In the SkyView setup, the VP-X pilot display appears as a window along with the Engine Monitor, Primary Flight Display and GPS Moving Map. Trim and flap positions also display.The core engine of all Vertical Power modules is its patented electronic circuit breaker (ECB) technology. *** ECBs not only detect circuit faults, but can do other “smart” things like detect and notify of a burned-out nav or landing light or disable the starter circuit when the engine is running. The VP-X Pro provides more than 30 power circuits, plenty for even the most loaded LSA. *** One dramatic difference from conventional systems is how much less electrical wiring is needed, reducing weight, complexity and number of possible failure points. *** Other cool features include automatic landing light wig-wag, pilot and co-pilot trim control, electric flap control with intermediate flap stops (and flap control backup in case of flap switch failure), trim and flap position display, over-voltage protection, alternator control and lots more.  Experimental kit builders have driven this powerful technology so far but SLSA manufacturers are beginning to incorporate them into their airplanes.