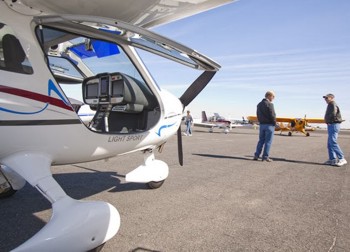 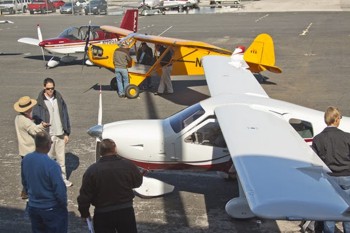 Smart Brief picked up on an AOPA poll of its membership (without citing the numbers of poll respondents) that shows an overwhelming majority can see themselves “flying as a sport pilot in the future.” *** That dovetails into a topic I’m working on in my column for the May issue, which covers the recent LSA Tour of Florida that took place right after Sebring 2011. *** John Hurst, head of Sebring Aviation, who flew a Flight Design CTLS on the Tour, told me of his desire to overturn what he perceives as an entrenched belief among younger pilots that LSA flight is primarily viable as an alternative for older pilots faced with the possibility of losing their flight medicals, and therefore their flight privileges. *** “I want us to stop preaching to the choir and reach out to younger pilots. Too many younger pilots think of LSA as a compromise you need to make when you’re in danger of losing your medical. I’ve heard younger pilots say, too many times, ‘I won’t have to do something like that for a lot of years’. I’m trying to change that perception to show them LSA offers several benefits they can’t get with a type certificated aircraft.” *** The question the poll doesn’t answer is, “How far in the future do you see yourself flying as a sport pilot?” *** On the face of it though, these are encouraging numbers. At the very least it shows that sport pilot flying is building a strong positive image for itself. *** The poll results: *** 74.91%: Yes — I could see myself flying as a sport pilot in the future *** 11.06%: Yes — I am flying as a sport pilot now. *** (aggregate total: almost 86%!) *** 14.03%: No — I would not fly. Update 2/16/11 — Both numbers are up even a little further: 75.29% now say they could see themselves flying as a Sport Pilot and 11.78% already are using the privileges… making a total of more than 87% favorable to FAA’s newest sector. By normal polling results this is an overwhelming majority. —DJ