ScaleBirds is not your run-of-the-mill kit aircraft company. In truth, all kit builders are amazing to me. 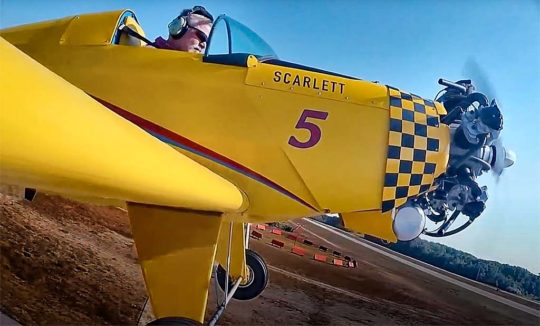 People who labor for years to design an aircraft, craft methods for making the constituent parts, assemble it all, work out bugs in construction, fly the aircraft, then smooth any rough edges of its flight qualities, start producing kit components — and the manual it will take for a non-expert to build the kit (perhaps the hardest task) — and finally, start the effort of telling people about the airplane, market it, sell it — and the big one — try to turn a profit for doing all the preceding. Any way you cut it, birthing a new design is an immense project.

Sam Watrous, his son Scott, and their merry band of (mostly volunteer) ScaleBirders are not merely doing all the above. They are emulating vintage American military designs in reduced scale and trying to get the details right so the kit versions look as much as possible like the originals.

Then, with each weekend wrapped up, the team goes back to their day jobs. I don’t know about you but I’m exhausted just thinking about doing all that …in my spare time. Sheesh!

“Our goal with LiteFighters,” Sam identified, “is to make a sweet little fighter replica based on our modular concept that can be built quickly, keeps tools to a minimum, and uses low-cost components to keep the overall aircraft affordable. Pull-rivet construction throughout makes assembly a snap. The truss frame makes it easy for anyone to layout and build an accurate frame.” By the way, ScaleBirds LiteFighters have large cockpit dimensions (“same as an RV-8”) that are designed to fit real-sized aviators. 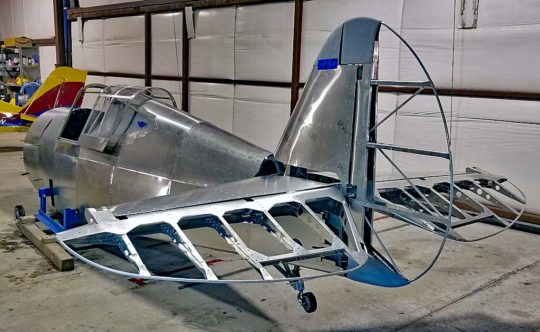 When Sam mentions “modular,” he means that ScaleBirds designs are based on a structural core airframe with skins being “hung” on the outside primarily for aesthetic and aerodynamic purposes.

Modular construction “allows us to develop the core components and structure once, and offer many models of warbird that fit the same frame.” For a builder, this method allows a quick and simple build of an airframe that is square and true. “The bulk of the aircraft can be built and assembled before closing it off with the skins,” Sam noted. He reported that this type of construction was popular leading up to World War II. It worked then, he feels, and it works today.

Landing gear will be fixed for all LiteFighters to keep the designs light, reliable, affordable, and to comply with Light-Sport parameters allowing someone with a Sport Pilot certificate or exercising those privileges to fly their aircraft. “Retractable gear will likely be available for some models as an option,” Sam added.

Since coming up with the ScaleBirds name and concept in 2011, the first project is one we examine in the videos below is a 55%-scale version of the P-36 Hawk. Scott Watrous explained some of the history of this design in the second video below. 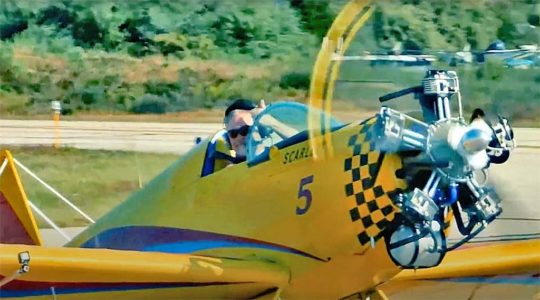 ScaleBirds is comprised of a small team from southeastern Connecticut. “Our experience is in art, design, engineering, robotics, manufacturing, and of course, aircraft,” Sam observed. “We have been using all of our skills and developing new ones in order to deliver something new to the world of flying.” These replicas are single seat sport planes, designed to be economical and fun.

“We have also done design work, and built parts for, a larger two-seat aircraft: a 63%-scale F6F Hellcat,” Sam reported. “It will be completed as the first example of what we call the SportFighters series.”

In 2016 ScaleBirds came to agreement with Verner Motors in the Czech Republic to act as a U.S. dealer and maintenance source for their expanding line of light aircraft radial engines.

A Legal Eagle works well with the three-cylinder Vernor engine and its distinctive sound.

Vernor engines preserve that old-time look but are actually new designs of recent construction. Engines are available through ScaleBirds with 3-, 5-, 7-, and 9-cylinders and  from 42 to 158 horsepower. Prices start below $10,000 and the line is generally competitive with new engine prices from other companies.

Notably the five-cylinder, four-stroke Scarlett will work for many lighter kit designs. It outputs 83 horsepower (78 continuous) and can operate on either 93-octane mogas or 100LL avgas. Because it also offers strong torque — 218 foot-pounds at 1900 rpm — the Scarlett 5 can easily swing a 78-inch prop which gives it great climb power. 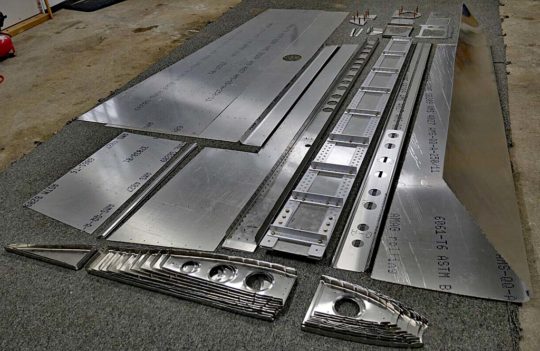 The ScaleBirds team report they offer full-service maintenance and overhauls for the Vernon engines. “We went to the Czech Republic and were trained in the operation and maintenance for these powerplants,” Sam clarified.

The five-cylinerVerner Scarlett 5S is a modern radial aviation powerplant. “With specs and performance that put it right next to other 80-horsepower engines, the Scarlett 5S is still lighter than the other direct-drive engine options and without the cost and complexity of the higher-revving redrive engines of similar output,” Sam said.

While the design team likes the round Vernors for some applications, “LiteFighters are designed for a variety of available aircraft engines from 65 to 140 horsepower. The in-line fighters like the P40 will be based on the Viking 130, AeroMomentum, and Rotax 912UL, while radial powered models will be geared towards the Verner 5Si or 7U engines,” Sam explained. “This will not preclude other popular options such as Continental, VW, Jabiru, and various two-stroke options, the D-motor, as well as other auto conversions such as the Suzuki G engines with redrives.”

Video watching is great while America remains sheltered at home. Here is a trio of ScaleBirds videos — two about the P-36 Hawk in recent and earlier states of development plus lots of talk about radial Verner engines, which ScaleBirds imports. Grab some popcorn and enjoy!