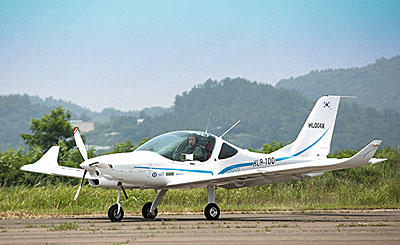 In December 2017, South Korea’s Vessel Co. won what was described as “safety certification” from the Transport Ministry for their new two-seat light aircraft called KLA-100. After gaining this approval, the company reported plans to start mass producing the light recreational aircraft.

KLA-100 is a modern design featuring majority carbon construction. As CTLS developer Flight Design was hired to help design the new aircraft, some readers may see similarities to the high wing model the Germany company produces.

Working with Flight Design, Vessel spent four years to develop the light aircraft. Pilots have carried out test flights over the last seven months and at the end of the year just concluded, their prototype was cleared for production.

It was reported that the South Korean company may employ this airframe as it pursues a drone project for “public services,” according to an unnamed Vessel official. The publicly-owned company is listed in the South Korean Kosdaq exchange and its stock rose 5.04 percent (to $6.67) on the news. 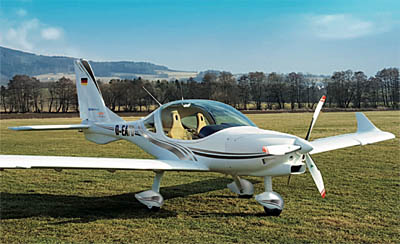 Then in the midst of its corporate reorganization, Flight Design showed the new low-wing at Aero Friedrichshafen 2017. First flights had been made only days earlier. Engineers from both companies coordinated to prepare KLA-100 for this public debut nine months ago.

A clean-sheet design, Flight Design announced KLA-100 was created as a Light Sport Aircraft for sale in countries that accept ASTM-compliant aircraft. Winning South Korean approval is the first step.

Vessel’s KLA-100 claims a new proprietary airfoil, “Stall-Safe” drooped leading edge, long-span slotted flaps, and blended winglets. The new aircraft is powered by the fuel-injected Rotax 912iS and has a Garmin G3X avionics suite plus a Stratos Magnum airframe parachute system integrated into the airframe.

No announcement was made regarding U.S. approval (which would require modest changes to slow it slightly) or importation into America. For more details on this and other Flight Design products, contact Flight Design USA.