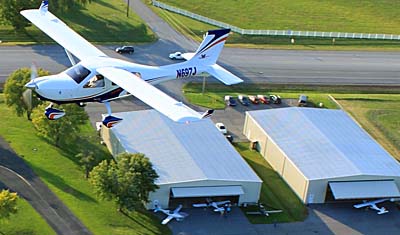 Jabiru starts a flight south from the Shelbyville, Tennessee base (seen in this photo) of Jabiru North America.

For many years the brand name Jabiru — both airframes and engines — has been associated with Pete Krotje and his family and other team members, doing business as Jabiru North America. Pete began in the business near Oshkosh, Wisconsin before seeing the appeal of milder weather in Shelbyville, Tennessee.

Now, the familiar brand from down-under Australia is headed further south in the USA. The brand with the funny-sounding name will end up being represented by another light aircraft industry veteran, Scott Severen.

Based in faraway Australia, Jabiru Aircraft Pty., has sold more than 2,000 aircraft and more than 6,000 engines worldwide since 1988. That success over 29 years has translated to North America with Jabiru ranking the seventh-highest-selling LSA in America. 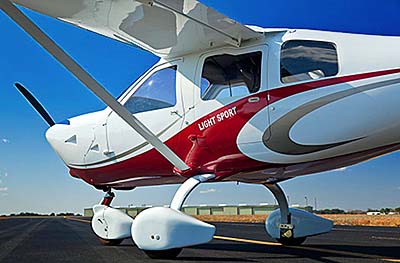 Jabiru is a rare Special LSA with three doors as seen here. The only other one Paradise’s P1NG. The third door gives great access to a spacious interior.

As the longtime owner of Jabiru North America, Pete Krotje noted, “US Sport Planes has been a Jabiru Service Center for many years. Their experience makes this a perfect fit to advance the sales of Jabiru Light Sport Aircraft throughout North America.” Pete continued, “I’m eagerly looking forward to the energy and creativity that Scott Severen and US Sport Planes (USSP) will bring to Jabiru Aircraft.” He added that Jabiru North America  will continue to provide technical and customer support for the entire fleet from their central Tennessee base.

“US Sport Planes has assumed all North American sales and marketing activities for the Jabiru LSA at our Denton, Texas location (KDTO),” commented Scott, the owner of US Sport Planes. “All new aircraft inquiries will be directed, fulfilled, and delivered through USSP.”

For several years, Scott has provided valuable services to a flock of the top-selling LSA brands in America. The fit to take on new aircraft deliveries proved to be a workable complement to the existing enterprise Scott has built. When Pete Krotje indicated he wanted to step away from this central activity, the two gentlemen came to agreement that should satisfy all American customers, past and future.

“[Selling new Jabiru aircraft] complements our brokerage, acquisition, and pre-owned sales business,” explained Scott. However, this does not mean US Sport Planes will stop working with other brands.

Scott clarified, “We will continue repair and maintenance services for Jabiru aircraft and engines as well as Rotax engines plus factory-authorized service for Flight Design, Tecnam, and most major LSA aircraft. The expansion will increase Jabiru customer support overall.”

Unusual to Light Sport Aircraft is the three-door entry ease and interior roominess of the J230-D Jabiru aircraft. The model started out as a four seater kit aircraft in Australia and was repositioned as a two-seat model to fit American FAA regulations for Special Light-Sport Aircraft. “With the new, improved J230-D model and Jabiru’s new Gen IV engine,” Scott added, “I’m pleased to help more pilots get into these ‘Cabin Class’ Light-Sport Aircraft.”

Pete Krotje and Jabiru North America has been the Jabiru importer for North America for 18 years. His business will continue its current activity of engine and firewall forward sales as well as providing parts, service and technical support for all Jabiru products from its current location in Shelbyville, TN. For more information, Contact Pete Krotje at Info@jabiruna.com or dial 931-680-2800, or Scott Severen at Scott@ussportplanes.com or call 940-597-6860. 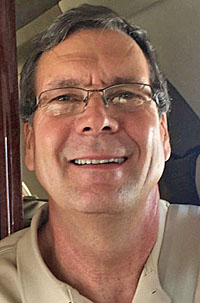 In the early 1990s, he and his family moved to Tennessee where he served as president of TEAM Aircraft.

Always willing to help the industry Scott assisted the AOOA, Airpark Owners and Operators Association as its first president. In the mid-nineties he served as president of LAMA, Light Aircraft Manufacturers Association and in 2017 he rejoined LAMA to serve on the board of directors.