Way back when, long before the birth of the Light-Sport Aircraft segment (in 2004), lots of us flew ultralights. They were barely more than powered hang gliders — except one.

Before 1982 these lightest-of-all aircraft were required to be foot-launchable. It’s true. I once staggered into the air partly carrying, partly dragging a Quicksilver. I got airborne thanks to a generous 15 mph headwind that provided about three quarters of the speed I needed for… um, you can’t call it “rotation,” but to get enough lift that I could sit down.

Yes, “sit down.” You didn’t think I ran for take off while sitting comfortably belted into a secure seat did you? Nope, that Quicksilver had a literal swing seat and a special rear axle that allowed a full stride of your legs.

OK, that requirement proved futile and FAA later dropped it, but one guy in particular drove that older requirement into the annals of history. His name: Chuck Slusarczyk (“slew-ZAR-chick”…most folks just called him Chuck). Chuck’s aircraft: Hawk. 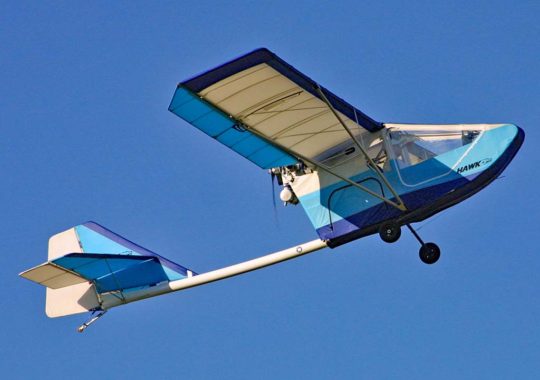 Hawk was the first ultralight to be fully enclosed, meaning it had a floor, meaning you could not foot-launch it. The rule was still in place when Chuck first debuted Hawk but that one aircraft lead us into the brave new world of wheel-launching.

That “CGS” abbreviation usually put before Hawk was from Chuck’s even-earlier business: Chuck’s Glider Supplies. He once made hang gliders, lots of them, and that’s where Chuck and I first met. Gosh, we were young and handsome in those days. We were also stronger. I would actually attempt athletic feats like running a hang glider off a mountain cliff or stumbling my way into the air grasping my Quicksilver (which, for the record, also started off as an unpowered glider).

The video below and the text that follows are part of The Ultralight Flyer (TUF) project I have called “Ultralight April 2020.” I urge you to visit Videoman Dave‘s popular YouTube channel and to support his work. Even though we work together, I also paid real cash to be a Lifetime member: $49.95… as good a bargain as you’ll find. 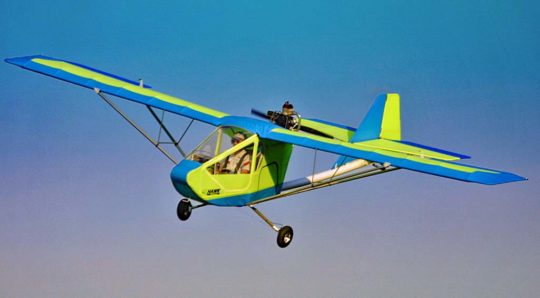 The point of this series of short (5-minute) videos is to identify aircraft almost anyone can afford. I should not have to say it, but please don’t assume a $5,000, decades-old ultralight will compare well to a modern LSA. The good news is that, in some ways, such a low-cost aircraft might even be more fun assuming you use good judgement about when and where to fly.

Over 40 years have passed with many Hawk aircraft still safely flying today. Some are offered for sale on various outlets. Both Dave and I have flown CGS Hawks — go here to see a long list of my Hawk reviews …I believe for every model Chuck ever made. 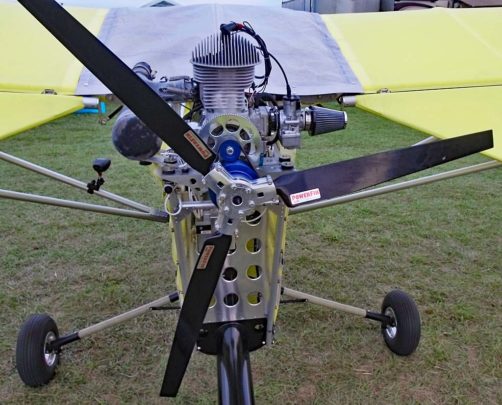 My words and Dave’s videos give recommendations for aircraft that we have flown, owned, and/or built. As Dave notes, all of the aircraft featured in his series still have manufacturers producing parts for their repair and continued airworthiness!

In the video below Videoman Dave gives you a quick look at the ground-breaking (for its day) aircraft. Chuck Slusarcyk introduced his proud creation at Sun ‘n Fun 1982.

After conducting a survey at a previous show, Chuck learned that pilots were looking for an affordable, enclosed, strut-braced, three-axis-control ultralight with flaps tricycle gear, and a steerable nosewheel (such was not common in those days). Like most ultralights of the time, Hawk was a pusher configuration.

A Hawk kit is available brand new in either tricycle gear or taildragger. Using bolt-and-rivet aluminum-tube construction Hawk is built around a uniquely curved main boom tube. Everyone asked about the boom and Chuck had a ready answer: “It’s a 52-foot radius curve.” In those days, such construction was quite unusual. 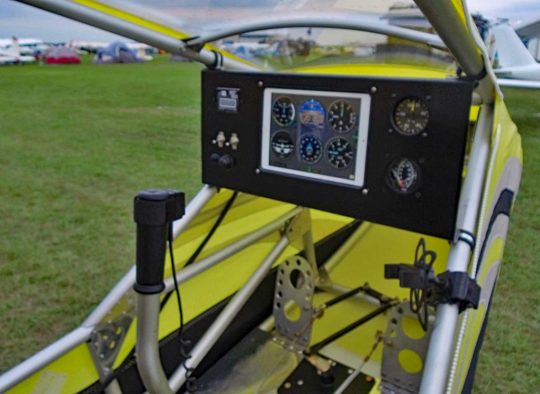 Above images courtesy The Ultralight Flyer.

An original Hawk kit took between 350 and 400 hours to build. It can be built in as little as a single car garage, using common hand tools. A small air compressor and rivet gun will save your gripping muscles. Once the airframe and wings are completed they are covered in sewn envelopes of Dacron sail cloth.

Hawk features zippered doors that can be removed. The design features standard stick and rudder controls, with a flap handle located just above and to the left of the pilot’s head.

Cruise is typically around 55 miles per hour. It has an honest climb rate of between 600 and 750 feet per minute, and stall with flaps can be as low as 22 miles per hour. 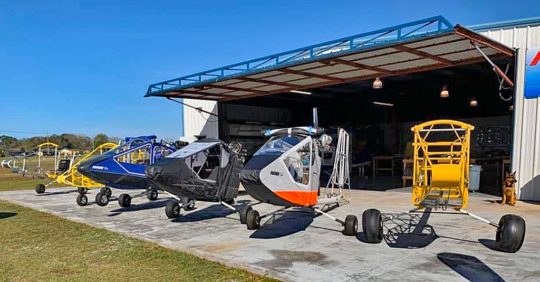 Today, CGS Aviation is located in Florida and still building these popular aircraft. More than 2,500 are flying.

A number of float systems can be retrofitted to the Hawk, as can snow skiis. Other options include a ballistic parachute system, and an in-cabin heater.

IMPORTANT: If you consider purchasing a used CGS Hawk, The Ultralight Flyer recommends that the plane’s fabric be tested and the airframe, wings, landing gear, and the control systems be thoroughly inspected!

If the history of the engine is unknown it is recommended that the exhaust be removed and the pistons inspected for wear and seizure!