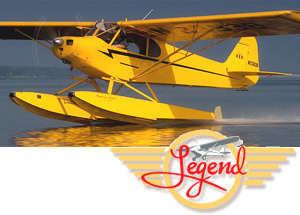 Legend Cub is one of three LSA Cub replica builders, but enjoys a wide lead among ALL American-made Special Light-Sport Aircraft. Click to read my Legend Cub report. Visit the list of all SLSA.

With the delivery of their 88th Legend Cub, the Sulphur Springs, Texas-based company handily confirmed its well-out-in-front leadership among American companies building SLSA. If fact, among the entire fleet, Legend is a solid number two behind Flight Design and its CT, a good margin ahead of next-best producers Fantasy Air, TL Ultralight, Evektor, Tecnam, and AMD (according to the best info I have). Other U.S. built LSA companies include IndUS, RANS, Jabiru USA, CubCrafters, Skykits, Just Aircraft, Luscombe, Prestige, Delta Jet (trike), and Infinity (PPC). Seventeen models — a shade over a third — of 48 currently approved are either “Made in the USA” or foreign designs built in the U.S. *** All-American Legend recently listed their many achievements in less than two years since the first SLSA approvals including: Jabiru (or Continental) power, floats, glass cockpit, special paint schemes…all in addition to many Piper J-3 improvements, such as a wider cockpit, doors on both sides, and fly from either seat capability.