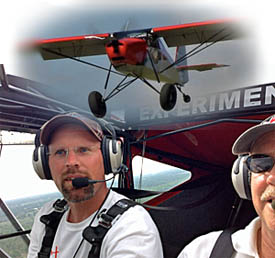 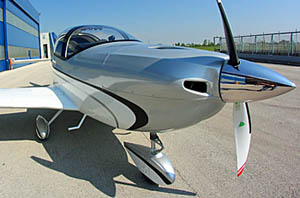 Here are two aircraft from sources thousands of miles apart. Likewise, the aircraft could hardly be more different yet each has something special about it. You’ll want to catch both videos. We’ll start with the one we flew: Just Aircraft’s brilliant Highlander SuperSTOL. The company has delivered more than 300 Highlander kits making the side-by-side two seater a hit on its own. However, the design truly arrived with the SuperSTOL edition. You’ll want to watch this fascinating video as lead designer Troy Woodland takes us all around this remarkable machine. Then go aloft with us as we feature cameras mounted on the wing, inside looking at a landing, and even on the tailwheel for a most unusual viewpoint. You’ll get to see why people watched with rapt attention every time Troy landed the SuperSTOL at the Paradise City runway at Sun ‘n Fun 2013. Talk about a fun airplane to fly … you literally land with the joystick full aft from downwind in the pattern until those big-boy tires meet terra firma. Seeing is believing so come on along for the ride.

Then a week later, we traveled 5,000 miles to Friedrichshafen, Germany to attend Aero and to watch the unveiling of the all-new Tecnam Astore. In sharp contrast to the bush-capable SuperSTOL above, Astore is a highly polished Light-Sport Aircraft from a leading manufacturer. Astore is Italian for Goshawk but the real reason for the name is that the manufacturer is celebrating its 65th anniversary. They named the 2013 Astore after the P48 model using the same name way back in, you guessed it, 1948. Astore uses the same wings as the company’s popular Sierra and Bravo models but every other part is brand new. The interior is a thing of beauty and not just because it comes standard with an Apple mini iPad® on a swivel mount. Astore’s interior is huge and the seats slide way back to make entry a step-in affair; no more stomping on the seats to enter this luxurious LSA. Baggage area is also spacious and a separate outside door makes loading easier. In our video we spoke with Tecnam’s top boss, Paolo Pascale, who broke his usual tradition by consenting to our media interview. Hear how Astore completes the extensive Tecnam line.

You can also explore our entire video library — closing on 300 videos, all free of charge — on our LSA Videos page. All videos are done in collaboration with Lightsport and Ultralight Flyer.