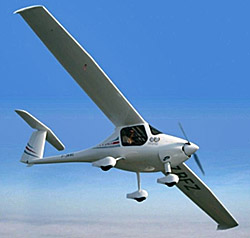 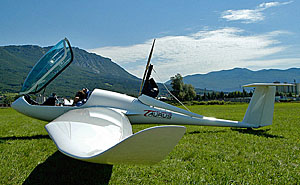 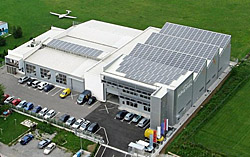 A most impressive factory… take the tour (link in article). photo courtesy Pipistrel

After a pause in new SLSA, Pipistrel burst onto the scene with multiple approvals, three at once reports Michael Coates, the importer for Pipistrel USA. We raced to get these placed on the SLSA List because it’s news, but also because FAA uses this list to verify new models before assigning them N-numbers. FAA Registration Branch checks to make sure company names and other info matches incoming applications; we had three calls last week from producers who requested minor changes to our SLSA List after the agency raised questions. *** Now that list swells to 118 models. Pipistrel, which makes long-winged models that soar well, got the Virus approved in both airplane and glider categories, no small achievement. They also gained approval for their Taurus motorglider. The Slovenian company — with production facilities in nearby Italy (partly an effort to adhere to the U.S. government’s bilateral agreement requirement… dull, yes, but important legally) — has been in the news for their electric airplanes and has announced a supersleek four seater, the Panthera. But they’ve now proven their chops in the LSA field in a great triple play. *** Pipistrel gained airworthiness certificates for the cantilevered Virus SW (standard airplane, with shorter wings) and the Virus (glider, with longer soaring wings) and for a rare side-by-side motorglider, the Taurus. “This was a huge effort taking several years to get through the system,” stated Coates. “Congratulations go to Robert Mudd who helped me liaise with the FAA and DAR locally in Albuquerque and to Pipistrel for [meeting] the requested (and ever-changing) documentation requirements.” *** Pipistrel models have been seen in the USA, approved as Experimental models, and those who have seen them are often intrigued by their sweeping lines and complex wing shapes. Even if you don’t care about soaring flight, the long glides of these aircraft represent added safety. Some years ago, I reported on the Sinus. Even though I’m a soaring enthusiast, you can see a lot to love in these handsome, award-winning aircraft. *** I urge you to go look at the Pipistrel factory. I’ve seen many LSA facilities and this has to be one of the most splendid plants in light aviation, complete with a rooftop covered in solar panels (photo). I look forward to a visit, but thanks to Coates’ website, you can take a virtual tour. See if you come away as impressed as I was. *** U.S. dealer Rand Vollmer of San Antonio Light-Sport Aircraft helped alert us to this news and said base pricing starts at around $100,000 at current exchange rates, though he also added, “We have special pricing coming out for Oshkosh with a very nicely appointed value package.” He noted that a 100-hp Virus SW adds about $10,500 more than the glider versions (with the 80-hp Rotax). Sinus — for which they expect SLSA approval before AirVenture 2011 — and Virus are priced the same. Ask about all models at this summer’s annual get together in Oshkosh.