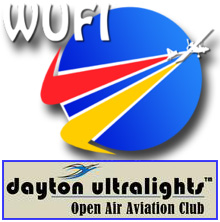 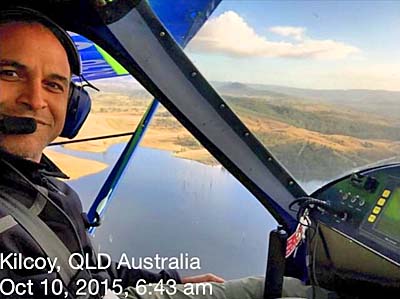 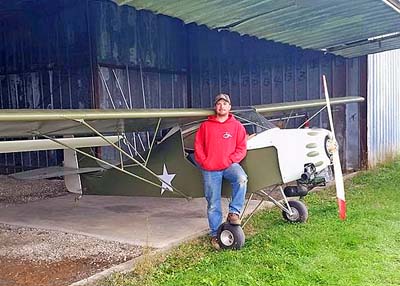 Casey Moseley said his airplane is prepped and ready to join the fun on October 10th.

It’s already tomorrow (Saturday, October 10th) somewhere. Here in the USA, I write this on Friday the 9th, and tomorrow in America is going to be big, big day for small aircraft owners. As Facebook juggernaut, Paul Lindamood has promoted with multiple Facebook posts per day for weeks, it is nearly time for WUFI … the World Ultralight Fly-in. Actually, that time is now! Whoo hoo!

Since most ultralights are relatively slow flying, sub-87 knot, airplanes (and that’s a good or great thing say enthusiasts including yours truly), it isn’t practical to gather perhaps thousands of ultralights at a single field to fly them all at once. Nor would trying be safe. Yet in the age of social media and Internet communication, it is possible to request that thousands of ultralight owners around the globe prepare their flying machines and get them into the air on the same day. Could it be a record-setting event? Maybe.

Tomorrow is already underway on the other side of the International Date Line, so as Hammed Malik of Kilcoy, Australia shows in the nearby photo, he’s already aloft on October 10th. He may be one of the first but this is going to occur again and again over the next 36 hours or so as the planet spins around to face the sun at different times, thanks to the tireless effort of Paul and his social media flying compatriots.

If you have an ultralight and want to get in on the action — and possibly help WUFI make it into the Guinness Book of Records — post your photo to the group’s Facebook page.

As you can see on the worldwide map below, a large number of pilots have indicated they will join the airborne party and hopefully even more will choose to act as the deadline draws near. The more the merrier … and the more likely of earning a place in the record book.

Nonetheless, one important message came from Jim Konst, who wrote on the Facebook page, “Some of us have not flown recently, but now have a deadline. Some of us will have iffy weather, but will fly anyway. Keep in mind that your flight does not have to be an epic cross country. You have to leave the ground and take a picture. That is all. I imagine gusts and crosswinds will be our biggest challenge. We all know how to fly, we all know when to fly, and we all need to remember when to stand down. Be safe.”

Having often flown “for the camera” myself, I add my memory of a few close encounters to Jim’s advice to be careful. This idea here is to fly for fun and, Guinness record or not, make sure you only fly if the situation is safe and you and your magnificent flying machine are fully ready for the flight! Then … go have a ball!