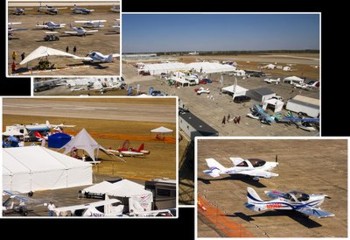 After a mad dash home, some brief reflections on Sebring 2009. *** —The show was a real shot in the arm for exhibitors who had worried the dreary economic news would sound the toll of doom. *** —Instead, enthusiastic crowds on Thursday and Friday both set attendance records for the five year event. Saturday was also well attended. Sunday, typical of previous shows, was less robust. *** —Folks brought checkbooks too: at least 15 LSA were sold at the show, but I’ll have final numbers once I’m able to poll all the exhibitors. *** —Many thanks to the tireless, smiling volunteer staff that helped run the event, and we’ll be back next year. *** Sport Aviation lives!