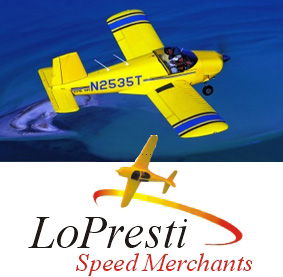 Thorpedo with the Jabiru 3300 (120-hp) engine has been a good performer, but now, thanks to changes offered by engineers from LoPresti Speed Merchants, cruise could jump 20 knots says IndUS.

One sign that Light-Sport Aircraft have arrived is when a well-known general aviation company joins forces with a LSA leader. That’s what occurred when IndUS Aviation, producer of the Thorpedo and Sky Skooter, retained Vero Beach, Florida-based LoPresti Speed Merchants. You surely know the legendary Roy LoPresti operation that gained fame by working with major airframe builders to extract more speed from their designs. Though Roy died last August, the company continues its “brain trust” work to squeeze speed from an airplane without adding horsepower. Those speed mods are now going to quicken the cruise of a new Thorpedo LP. At the Sebring LSA Expo in just four days, you can get first-hand info on components that will make a new, faster Thorpedo. *** You may also want to ask the IndUS folks why FAA Administrator Marion Blakey paid a three-hour visit to their operation in India. Mostly, LSA seem to come from across the Atlantic to the U.S. but IndUS President Ram Pattisapu has been working to make sales go both directions.