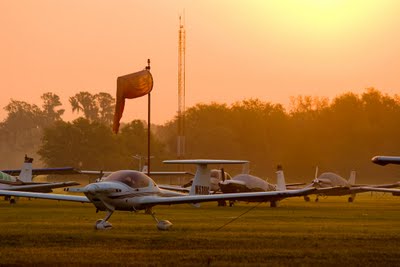 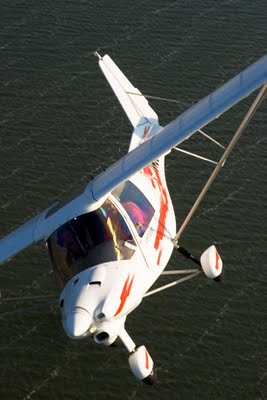 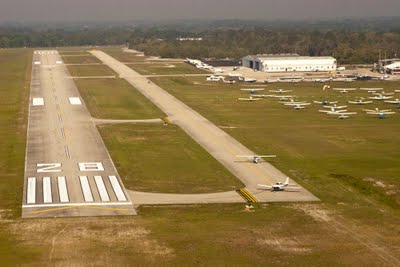 Just got off the horn with Mike Zidziunas, who’s Mike Z Sport Aviation, Plant City, Florida, is a viable model of how a small LSA flight training operation can thrive. *** Mike started ops in 2005 and during the busy seasons (any time it’s not sweltering), has had as many as 9 students taking lessons in his Ikarus C42 trainer at one time. A dozen of his students have gone all the way through to get their Sport Pilot licenses. *** In what he calls a bit of a “scoop”, he told me that Plant City Airport, the FBO where Mike hangs his shingle, has seen the light. *** Plant City, just five air minutes away from Lakeland Linder Regional, Florida’s host airport for the annual EAA Sun ’n Fun Fly In, is a popular place for vendors such as Diamond and Cirrus to demo their planes. I’ve photographed many, many airplanes over the years out of Plant City, renting their Cessna’s and capable pilots for my missions on behalf of P&P. *** Anyway, next year (April, 2010), says Mike, Plant City is so eager to attract LSA attention, it is offering LSA distributors use of the airport for its flight demos during the show for free. All they ask is that the aircraft refuel there. *** You heard it here first, folks.