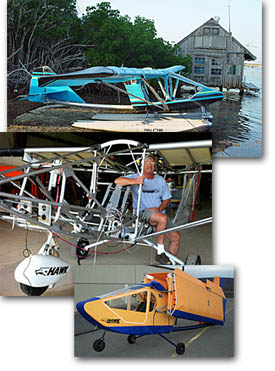 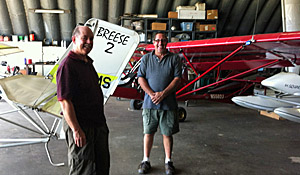 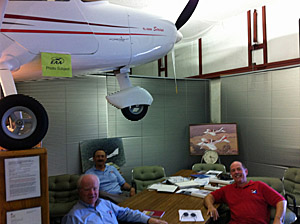 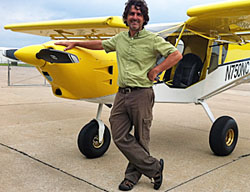 Plenty of folks think LSA are mainly carbon fiber speedsters with autopilots and huge computer screen instrumentation. No doubt, we have some beauties that are equipped like luxury sport planes. If you’ve got the budget, the Light-Sport industry has the aircraft. Yet not everyone can afford those birds and not everyone wants one. *** FAA pretty much eliminated ultralights when they came out with the SP/LSA rule… well, except for genuine ultralights of the single place variety. The latter still exist, and yes, you can still buy a ready-to-fly ultralight “vehicle” for which you need no N-number, no medical, and no pilot license. Those 254-pound (max empty weight) aircraft prove America remains the land of the free and I, for one, love to fly them. *** On our way north for AirVenture my wife, Randee, and I made a series of stops. In Alabama — just a mile apart — we hit two fixed wing producers of “ultralights” that qualify as official SLSA. You can buy either of these ASTM-certified two-seat Light-Sports for $35,000 to $40,000; you can save even more with kit versions. *** CGS reported a couple sales after our visit when we saw proprietor Danny Dezauche (de-ZOSH) fitting a CGS Hawk with a Rotax 912 (photo). Danny bought the CGS Aviation operation from founder and light aviation icon, Chuck Slusarczyk. (Evidently Chuck needed to be sure someone with a tongue-twisting last name kept the brand alive.) *** After CGS, we went to Paul Mather’s M-Squared where we toured his facility adorned with fascinating photos of Paul’s many years in light aviation (he put in 17 years at Quicksilver before striking out on his own). Today, he augments his airplane manufacturing by being an FAA Designated Airworthiness Representative. *** While both of these companies are struggling with the rest of aviation, each is prepared to stay the course and keep offering genuinely low-cost ways to get in the air. Paul likes to say his airplanes aren’t fast, they’re fun! Amen to that for both brands. *** Heading north we paid a visit to SportairUSA, home to this impressive list of terrific LSA: Sting, Sirius, iCub, and soon, the aerobatic Snap (come to Oshkosh and the LSA Mall for more info). Boss Bill Canino is an architect by training and his unique office-in-a-hangar shows his flair for decorating (photo). When a tornado leveled their earlier hangars, they moved into other quarters yet you’d hardly know you were in a hangar until you left the building. *** We ended our tour at the home of Aviators Hot Line, the much appreciated LAMA sponsor that makes possible the LSA Malls at Sun ‘n Fun and Oshkosh. These industry displays have proven popular enough with attendees that both organizations show the LSA Mall on their grounds maps, a distinction assigned only to airshow “destinations.” *** We also visited kit giant, Zenith Aircraft, where we each flew in the STOL CH 750… more on that in another post coming soon. America’s heartland is home to some interesting enterprises that make up the diverse field of Light-Sport aviation. Randee and I enjoyed visiting them and as our nation celebrates its birthday, we’re very pleased these businesses are keeping the faith of sport and recreational aviation. Happy July 4th!