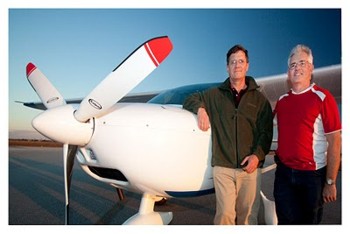 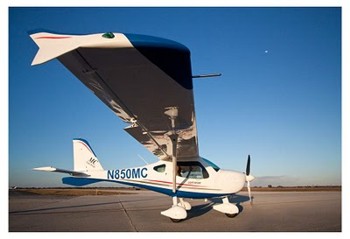 Modern life, especially in our wonderful country, places a powerful premium on achieving top dog status. *** I’ve had a pet notion for many years that the Academy Awards should give over trying to pick one best picture/actor/actress/director etc. and just give the five or ten nominees Oscars for being the best of the year. *** ——- photo: Tom Peghiny (left) and Nat. Sales Mgr. John Gilmore *** I feel the same about LSA: achieving, then maintaining numero uno status is often a fruitless chase. One bad sales year and you’re number three. God a’mighty! Not number three! *** Of course, you could be clever like the AVIS rent-a-car CEO who made his company number one by extolling the virtues of a company always striving to be the best: (“We’re #2: We Try Harder!”) *** BTW, that CEO had the largest single-masted yacht in the world built for him. It towers 292 feet high and charters for $375,000 per week! You could hide a double-decker British bus inside its hull. *** BTW2: Somebody just built one that’s even bigger. That means former Mr. Avis’s boat is now…#2. *** Oh, the irony. *** Back to LSA: If you’re shopping for a light sport airplane, of course you’ll check out the market leaders. There’s always a sense of “safety” in numbers. *** Of course, sales numbers can lie. Look at one of the best sellers, the Zodiac 601XL and 650 models. They’ve had several fatal in-flight structural failures. *** Not to pick on them: AMD and Zenith Air, producers of the SLSA and kit versions of the Zodiac, have been working very responsibly at correcting the problems. *** My point is this: it takes a huge commitment to successfully build and market a safe and attractive airplane, then to support your customers through thick and thin. *** And even then there’s no guarantee you’ll achieve number one status, or stay there for long. *** Personally, I’m more interested in the actions a company takes to stay viable in the crowded, economically challenged, ever-changing market place. *** I want to know that a company takes care of its customers. *** To whit, my “one of the best” Oscars to Flight Design. Yes, it’s been the overall market leader for the last several years, though that status is challenged daily by 105 other competing designs. *** But it has endured for, I think, one primary reason: the company, both its German parent and the U.S. HQ, has never felt content to rest on its laurels. *** Of course, that concept begins and ends with quality airplanes. *** The CT line has been a worldwide and U.S. winner for years. *** And the new all-metal MC, (look for my flight report in the next issue of Plane & Pilot), looks to be another success. *** —— photo: Flight Design MC *** Flight Design airplanes are beautifully engineered and built. They perform well throughout the entire LSA speed regime and are comfortable and enjoyable to fly. *** But a company ultimately rises or falls on the dynamics of its leadership. *** Tom Peghiny, Flight Design USA’s Prez, is known in the industry as a dead-serious company leader who understands the key elements to staying at the top of the heap: marketing strategies that emphasize the strengths of your product, maintaining a lean, mean profile during tough economic times, and growing a nationwide training/service/repair infrastructure that supports customers once they’ve bought your airplane. *** Two recent news items make my case. I’ll summarize, and you can follow the links below: *** Flight Design’s new “Transition Syllabus”. Key Concept: five hour instruction aimed at thoroughly transitioning existing GA pilots to LSA flight; free to new CTLS buyers; available through CT-qualified flight instructors for all models of the CT line. *** The CTLS “Lite”, a new version of the top-performing mainstay of the company’s product line. Key phrases: $20,000 lower price; higher payload (through a reduction of more than 50 lbs. of non-structural airframe weight and slimmed-down avionics packages). *** Being Numero Uno is important. It takes great airplanes to lead the pack, and there are many exciting, well-built models out there from several companies such as Remos, American Legend, Cessna, Piper, Tecnam and many many more. *** So give me a good airplane, of course, but also give me a company that’s in it to win it: not top dog status alone, but an abiding respect from the marketplace that’s reflected in steady sales, year after year.