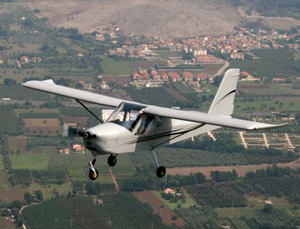 Tecnam North America’s CEO Phil Solomon dropped me a line yesterday to make sure I heard the news that there’s a new, all-metal, budget-priced Tecnam LSA, just released, that should generate some enthusiasm among the “LSA: too expensive!” crowd.

Called the P92 Echo Classic Light it’s priced at $74,999, and that’s fly away from Richmond, Virginia “with no added costs for anything,” says Phil! “The idea is to meet the needs for pilots, flight clubs and partnerships,” he told me, “who want the lowest-cost, fully-built metal aircraft from a major manufacturer.”

“The structure is identical to all the P92 series (a 20-year production success) but to save weight the control surfaces (flaps, ailerons, rudder, stabilator) are fabric covered. The main gear and nose gear are the same as the Eaglet but to save weight the wheels and tires are smaller. As you know the sprung steel landing gear mated to a metal airframe is excellent at absorbing less than perfect landings!” I think by “as you know” he means he’s heard about my landings…doh!…but also that metal airframes have been the standard of General Aviation training for decades precisely for their ability to minimize the embarrassments and damage that the laws of gravity cause.

“In line with requests from customers,” Phil continued, “the basic plane is day VFR instrumentation only with all extras eliminated. We expect to see typical buyers looking to use low cost add-on options.” He noted one of Tecnam’s panel packages for the Light will include support for an iPad (customer supplied or from Tecnam) and would “probably” include the following: Panel mount and integrated power supply for the iPad; Levil AHRS (options include ADS-B, WAAS GPS); External antenna; power supply and mount for a hand held radio (customer owned or supplied by Tecnam); Portable intercom mounted with external power supply. “This would give customers a fully functional PFD, GPS, radio, charts, and intercom for a few thousand dollars! We believe that even with some of the other options included we will be the lowest priced, fully functioned SLSA out there from a major manufacturer, Solomon exclaimed!”

We also believe that the plane would be highly competitive, price wise, with an RV-7 kit, which has to be built by the customer and may take two or more years to complete,” he said. He added that some buyers may choose to buy the basic Echo Classic Light Sport and register it as an ELSA (Experimentally-built). “That would allow them to exercise some creativity but (also) give them the benefits of a factory-built structure which would make it easier to sell later or re-register back as an SLSA.”

Phil says the plane is already in production in Italy and he hopes to have the first one here in time for Januarys Sebring show in Florida. This can be seen a direct answer to Pipistrels all-composite Alpha, in the mid-to-high $80K range delivered, and has the appeal of that easy-repair metal airframe not to mention a very competitive price. It will be interesting to see how well the bird does. If it proves to be durable enough for flight training, and handles anything like one of my all-time favorite LSA, it’s sister-ship P92 Eaglet, flight schools will want to give it close scrutiny. Best good luck wishes to Tecnam: this should be seen as a serious entry in the fun-flying, flight school horse race.