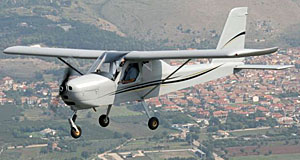 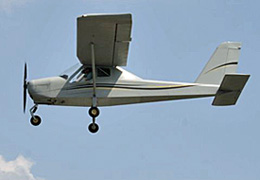 Tecnam’s new Echo Classic Light offers a respected LSA at prices comparable to those expected in 2003 when the SP/LSA rule was introduced. 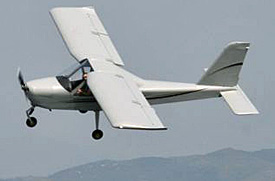 Major Italian producer Tecnam today announced the launch of the P92 Classic Light microlight. This is the seventh-generation model in Tecnam P92 range of airplanes, which this year celebrated 20 years of production. The company reports that over two decades of service, “P92’s worldwide fleet now stands at nearly 2,000 aircraft with 200,000 flown hours. The P92 Classic Light is the 13th variant and follows on from the launch earlier this year of both the P92 Tail Dragger (video) and P92 SeaSky Hydroplane.

Tecnam responded to market demand for a no frills, basic, aircraft that will still retain the great flight characteristics for which the brand is known. “The predominantly metal aircraft yields a day VFR aircraft that can legally be flown away from Hanover County Airport, Tecnam North America’s home base, at this price with no hidden charges or surprises,” stated Phil Solomon, CEO.

Performance specs: max cruise of 103 knots; endurance of 3 hours (with standard single tank); stall is 44 knots, clean; takeoff run is 459 feet and landing is 328 feet; The Echo Classic Light comes with a standard two-year / 200-hour manufacturer’s warranty. “A limited number of upgrade packages will be available at competitive prices,” Solomon added. By example, buyers could add the TruTrak primary flight display for $1,700; the second tank at $1,400; or navigation and strobe lights for $2,650.

“We have built our reputation at Tecnam on producing airplanes that offer outstanding value,” said Paolo Pascale, Tecnam’s Managing Director. The basic Echo Classic Light package is certainly a worthy airplane from a company renown for excellent flight characteristics and handling. Those who decry the high price of Special LSA need look no further for proof manufacturers like Tecnam heard you and are responding.