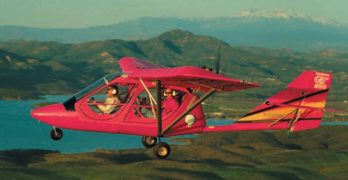 How do we evaluate light-sport aircraft?
The FAA’s proposed SportPlanes™ /light-sport aircraft (LSA) rule is being discussed in hangars across America. But it is also being discussed at airports all over Europe—more than you may think. The global reach of this initiative is visible by the large number of European suppliers aiming their sights on the huge U.S. market. Many believe they have an aircraft that fits the standard.
In the previous issue of KITPLANES®, you read Brian E. Clark’s summary of how European aircraft manufacturers are responding to LSA. In this issue, you can look at Barnaby Wainfan’s analysis of the aerodynamics of aircraft that meet the standard.
In concert, this column attempts to add information about LSA candidate aircraft that are flying now. I’ve had the pleasure to fly many of the aircraft that may one day call themselves LSAs. In that flying, I’ve learned some lessons about what you might expect and how to evaluate what interests you.