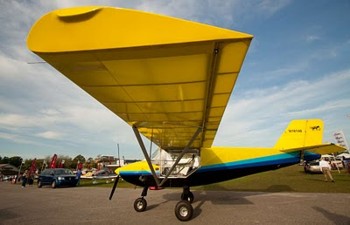 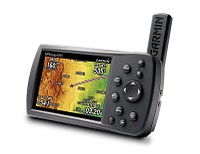 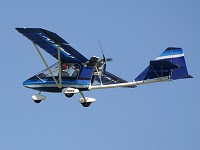 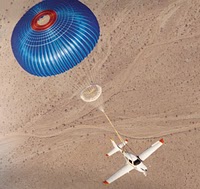 …back in Kansas?  Little Totomeister, I gotta say, the winds blew so strong today I saw a full chicken caesar salad in its covered plastic container sail horizontally by my head like a UFO on a mission. *** I even had to postpone a photo shoot until tomorrow at dawn.  Oh joy. *** No complaints though.  It was a gorgeous day which started out with a very enjoyable hour-long demo flight in the Rans S-6ELS, a lovely airplane I’ve touted lately for its low price – $63,000. *** My demo pilot, Mark Pringle (“Just like the potato chips,” he said) took me up for some turns, dutch rolls, stalls, and a couple landings in a mildly bumpy airmass, at least for 8:30 this morning. *** First impressions (look for my flight report in an issue soon) — throttle in, rolling down the runway, one-thousand-one, one-thousand-two…hey, we’re airborne already?  That lightweight flivver fairly hopped into the air. *** Second impression: what a beautifully harmonized control system: light (no need to muscle it), responsive (good, crisp roll rates, effective rudder makes coordinating a snap), well balanced (pitch, roll and rudder are so smooth, you feel like you know the airplane. *** Landing’s a breeze, the finish is beautiful, and with the Rotax 80 hp, (and 3.5 gph), we loped along nicely right around 100 knots. *** A lovely, approachable, comfortable, excellent flyer, and an American-made LSA that offers a basic recreational airplane that you can enjoy locally but not fret about going cross country. Randy Schlitter and crew flew it down from Hays, Kansas — a flight I was hoping to make with them — with nary a worry. *** Garmin announced several new products and promotions today.  Of interest to LSA pilots: Bundled database pricing for the GPSMAP® 495/496 and GPSMAP 695/696 will, sez the company, save customers up to 50% per year on database updates, starting this week. *** Also from Garmin; a new synthetic vision upgrade for the G300 avionics platform (seen on Cessna’s Skycatcher and other LSA). *** Two more new SLSA are at the show.  One’s called the Alto, by Corbi Air, and it’s an all-metal low-winger. More later — don’t mean to be coy, I just haven’t caught up with them yet.  *** It’s old home week for ultralight flyers.  Chuck Slusarczyk, endlessly colorful head of longtime ultralight/light sport manufacturer and supplier CGS Aviation, was back in fine form and holding court at the show after a recent stroke. Welcome back, Chuck! *** And Boris Popov, founder of ballistic ‘chute maker BRS parachute systems, visited Sun ‘n Fun after a long absence. Look for my “Light Sport Chronicles” column (in Plane & Pilot magazine) soon as I’ll updated you about Boris’ visionary belief — long since vindicated — of the indispensable value of an airframe parachute. *** I’ll recount some of his amazing, chilling, ultimately life-affirming stories of saves that you won’t believe — but they’re true. *** Michael Combs landed his Remos GX in Frederick, MD today on the fourth day of his Flight For The Human Spirit odyssey that will eventually reach all 50 states.  He went to the Smithsonian Air and Space Museum, and will launch on the next leg to Long Island, NY tomorrow.  Keep track of his progress.