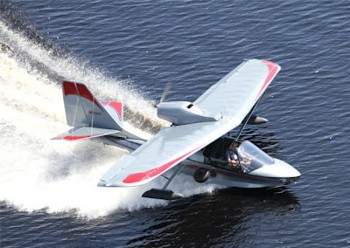 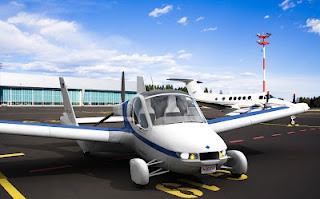 The Terrafugia Transition nears production and will be at the show. photo courtesy Terrafugia 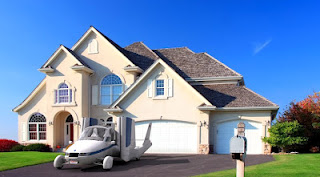 The Searey from Kerry and Wayne Richter’s Progressive Aerodyne — guided by new principal, Adam Yang — just sent out word that the popular design celebrates its 20th anniversary this year by “making a big splash at Sun N Fun!”The Searey, perhaps the most successful kit amphibian ever (and which is still on the trail of certifying its latest LSX model to the LSA ASTM standard — they thought they’d have it done by end of 2011) will be at the show in demonstrable abundance. *** Five will be on exhibit from the nearby factory, and a “very large ‘Gaggle’ of Seareys” is expected to arrive en masse on Thursday, March 29th at 10:00 a.m. — 20 or more from the cohesive and enthusiastic Searey community of more than 500.  *** Half an hour later a smaller group will overfly the Sun ‘n Fun crowd. *** The Searey will be on display at three locations: Booth 58, the LSA Mall and the Seaplane Pilots Association display.   *** I had a ball flying the amphib at Sebring 2011. It’s a great way to enjoy water flying at either a kit price or, in time, prebuilt as an S-LSA.Another must-see aircraft that will be at the show is the long-in-development Terrafugia Transition flying car, which is also slated for the New York International Auto (not Air) Show this year, April 6-15 at the Jacob Javits Convention Center in NYC.   *** The “production ready” version of the two-seat, LSA-legal Transition is scheduled for delivery to the first of 100 pre-order buyers by the end of this year after a long development process and ever- increasing price level — currently around $250,000. *** The reconfigured and refined design, which originally had a type of canard forward of the front “bumper”, touts a max speed of 115mph. “Roadable” mileage after the pushbutton transition to folded-wing land vehicle is claimed to be around 35 mpg. *** I’ll be visiting these folks and lots more and posting here as I’m able during the show.