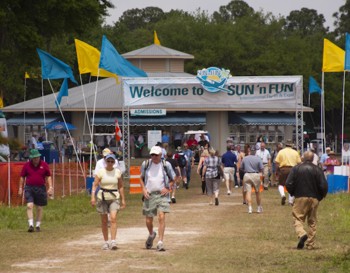 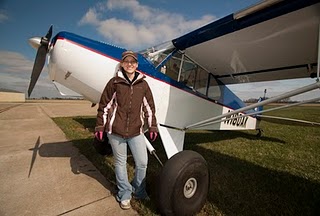 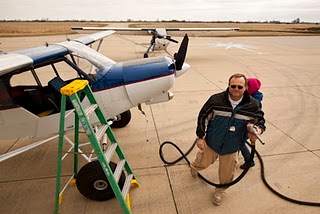 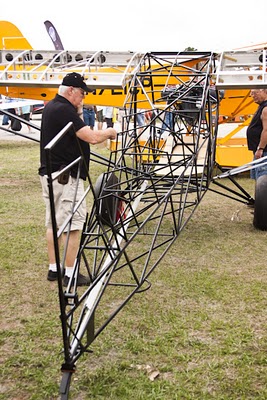 Frame of the new Super Legend 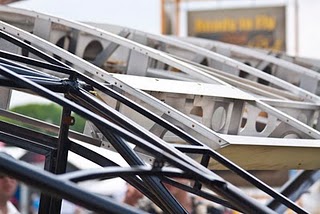 Well, Day One for me anyway; the show started yesterday but I was still stranded in Alabama by soggy and intractable weather with a couple Dakota Cubs.We made it into Plant City at about 5:30 last night after squeaking under some very low ceilings, then running east once we hit the Gulf Coast. *** A 6-day odyssey…and we’re just glad to have made it at all. Several VFR pilots are still stuck in the South and the storms continue. *** Here’s a video I quick-shot today, thanks to Legend Cub’s Dave Graham, who took me over to meet the owner of a fabulous Piper Cub J3 restoration. LEGEND NEWS UPDATE *** It’s really gorgeous. My video doesn’t do it justice but it’ll give you a bit of a peak. The owner is having it judged and hoping to snag a Grand Champion Award. And it’s sure got a shot: absolutely immaculate. *** The restoration cost upwards of $80K! Now that’s commitment. *** Dave and Kurt Sehnert also clued me in a new airplane about to debut from Legend, as well as a quick glance on how this top selling American-produced LSA builder has weathered the sluggish economic recovery. *** “Our new Super Legend Cub,” says Dave Graham, “has a flapped wing for reduced stall speeds and we’re putting a lot of carbon fiber into the structure, in doors, wing tip bows and other components. The tailfeathers are Super Cub size with slightly more area, and aerodynamically balanced for more control authority.” *** “Power is a Lycoming 0-233. It’s a 115 hp, multi fuel engine to help address the ethanol fuel situation. The Super Legend will have the same power to weight ratio as the original PA-18 Piper Super Cub with a 150hp engine, so it will be a good performer.” *** Legend’s anticipated timetable: *** [] Lycoming expects to complete certification testing by the end of Quarter 3, 2011, *** [] ASTM certification for the airplane end of 2011, and ready for the market by Sebring 2012 *** Intro price is $139,900. 20% down will hold a slot. *** It will be an SLSA first, then a kit. Kurt Sehnert weighs in on the new plane and the company’s fortunes: *** “The Texas Sport (kit) version will come after the SLSA version is done, probably by Sun ‘n Fun 2012. The kit can be built either Experimental Amateur Built or as an ELSA. Of course we will offer our factory built program too as we do with our other models.” *** Kurt tells me the SLSA Legends continue to dominate sales, and buyers are ponying up for loaded versions with all the toys installed. *** “Kit builders tend to build Experimental rather than ELSA because most want their own customized version, which you can’t do with an ELSA, which has to be built to the same exact specs as the SLSA.” *** The amphib float option Legend offers had a curve ball thrown at it when Baumann Floats recently surprised the aviation world by closing its doors. *** “We’ll have to see what happens,” says Kurt. “We’re looking at other players, but it’s been a bit of a shock and it’s a shame, they made an excellent product. But like all business, we’ll just go to plan B.” *** On the Economy: “Well, we figure if we got this far, we’ll make it. It has been a skinny two years. But it feels like things are moving again.”