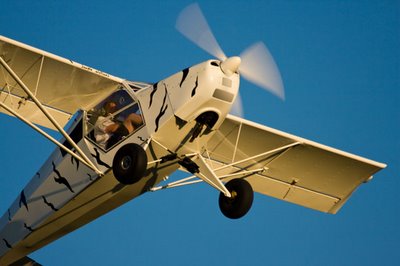 Great (and getting hot!) weather and a good, if not record-breaking, turnout mark the beginning of the EAA Sun ‘n Fun flyin. *** The exhibitor turnout is likewise somewhat down, although Dan Johnson’s LSA Mall at the entrance is filled with aircraft and lots of serious interest from potential buyers, as in previous shows. *** I’ve talked with many LSA companies here who say there are more serious buyers, fewer “tire-kickers”. *** Some LSA makers like Flight Design have racked up aircraft sales already. Others are still hoping to do business: it depends on who you talk to on whether the show is better or worse than expected. Expectations due to the economic times were not high to begin with, so it’s too early to put a number on the overall picture. *** Lots of new developments though, with more details to come here, such as: *** * a new electric/Rotax hybrid engine that will boost economy and provide electric power safety backup in emergencies, announced at AERO Friedrichshafen *** * Evektor passes LAMA audit *** * Legend Cub offers sub-$100,000 “Aeronomic Stimulus” SLSA, and new Garmin 696 installation *** * EAA presents Earth Day celebration with electric LSA prototype in center of the LSA exhibitors in the southeast display mall. *** And lots more to come.