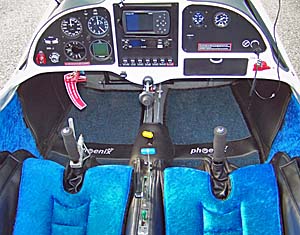 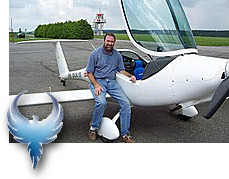 I’ve had the pleasure to fly more than 350 light airplanes of every conceivable description. Most of those experiences brought a smile to my face. A few genuinely stirred my soul. Though I started in powered aircraft I found my way to gliders and to soaring, which I freely admit is my favorite aviation challenge. To rise high above the Earth using only swirling currents of air is magical. *** An extra benefit was acquiring confidence about landing without an engine. To many power pilots, an engine-out landing is scary. But every landing in a glider involves but one approach. You know what? You get comfortable with it and now when I fly a power plane, I don’t worry as much about a loss of power. My power plane will just become a glider and I know how to handle that. *** So with great anticipation over an eventual test flight, I am delighted to announce the Phoenix was certified as SLSA #111 in August 2010. Immediately afterward, U.S. importer Jim Lee of Phoenix Air USA flew the slender winged bird from California to Florida! Check out his travel blog; it’s written in a brief, enjoyable style with some terrific photos. *** Offering a few tidbits before a full pilot report to follow… Phoenix has full span flaperons that operate on lovely, compound angle wings that end in tasteful winglets. She’s a picture of grace. Phoenix can also swap wings. Jim reported, “It takes about a minute to remove both [span extending] wingtips, and another minute to install the short tips.” Check these install images. A center console houses the flap, airbrake, and trim with separate levers for the spoilers and flaps so that they can be used independently. *** Specs: span 49.4 feet (can be reduced to a 34 foot “hangar span” in 60 seconds); glide angle 32:1; cruise with full-span wings, 120 mph; cruise with shorter wings, up to 136 mph; useful load 612 pounds and 456 pound payload; climb 1,200 fpm. *** The first airshow debut of Phoenix will be at Sebring 2011. Here’s one worthy of a close examination.