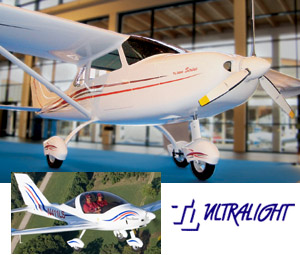 If you can attend AirVenture Oshkosh, come look at the TL 3000 Sirius display in the SportairUSA exhibit in SportairUSA’s usual place (booths #6, 7, 13 & 14) immediately south of Cirrus, which is just to your right inside the main entry gate.

With events like Sebring and Sun ‘n Fun, AirVenture Oshkosh is a grand venue to introduce something new…or something coming soon. The mockup of the Cessna Sport won’t be the only new model. SportairUSA has represented the low-wing, all-carbon-fiber StingSport since LSA arrived on the scene and it has earned a spot in the top five list of best sellers. *** At Oshkosh 2007, SportairUSA will preview a “cabin model” of the TL 3000 Sirius. The company says, “Flight testing is expected to be completed in the fall, with aircraft ready for USA delivery in 2008.” They elaborate on the sleek high wing saying, “Sirius will be constructed of the same carbon fiber composite materials as the StingSport and powered by the Rotax 912 engine series with a generous, 48-inch-wide cabin and room for golf clubs in the back. Folks who saw the full size mockup at Germany’s Aero show were impressed. You can take a further look at this airplane in late development.