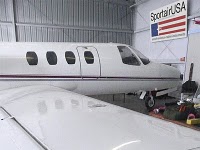 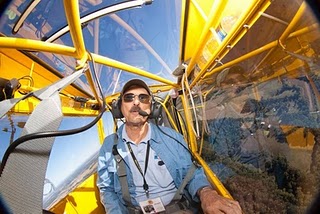 Those hardworking Sportair guys at North Little Rock Municipal Airport (KORK) in Arkansas are serving more notice that they intend to stay around for the long haul. *** The purveyor of fine LSA (Sting Sport, Sirius, iCub and SeaRey amphib) is now an official FAA-certificated Repair Station for the general aviation community as well. *** The company has been in the aviation biz for 20 years. Ralph Murphy, former Account Manager for a major avionics shop, just joined the party to head the avionics department, which sells, installs, upgrades, repairs and services avionics, radios, instruments, autopilots and related airframe mods. *** Sportair’s President Bill Canino, an ex-USAF and National Guard pilot who’s flown some of the great military airplanes of the 20th Century …and loves flying around in the iCub (that’s him in the rear seat)… says “We have the facilities, the staff and the experience to keep your avionics in tip-top shape.” *** Aircraft owners can get everything from GPS systems to autopilots to glass cockpits to engine monitors and more sold and serviced. *** Larry Martin, head of marketing for Sportair, emailed to tell me there’s a new website, too. Check it out.