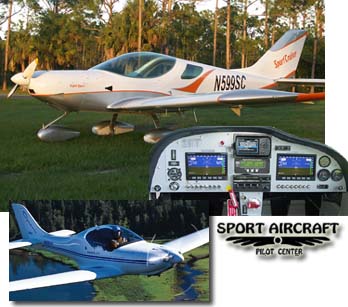 SportCruiser shows lovely lines in this sunset photo at Naked Lady Ranch, home of Sport Aircraft Works. A well-equipped panel has evolved nicely along with the airframe. The Florida company also represents the all-composite Dynamic. Read my pilot reports on SportCruiser and WT-9.