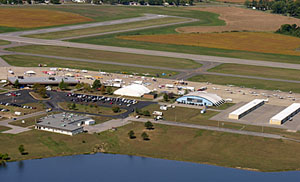 Just when you thought the LSA industry was running out of models (109 presently show on our SLSA List)… here comes one of the sharpest examples I’ve seen. NIU Group used the Midwest LSA Expo as the venue to debut an airplane I’ve seen in Europe (more than 100 flying). Previously in the U.S., we have seen the Junior from the same company. 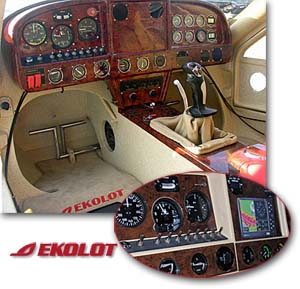 In the accompanying photos we see the top-of-the-line Topaz and a handsome machine it is, both outside and inside. With its automotive-styled, leather-trimmed interior, Topaz presents an attention-getter for any airport ramp and the Midwest LSA Expo was no exception. Attendees were drawn to the gorgeous new LSA represented by Krzysztof Siuba. He’s aware his first name is difficult for Americans, so he just says, “Call me Kris.” Whew! Good. 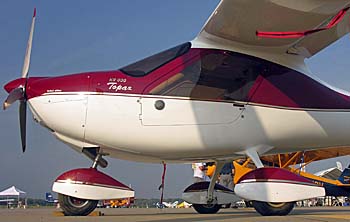 For the largest Americans the interior may feel small but most will enjoy the striking cabin. Many clever features are revealed and the Topaz is worth a closer look. It is sold standard with an whole-airframe emergency parachute.

A glider pilot, Kris is presently working through the ASTM process and preparing the plane and his enterprise for American sales.