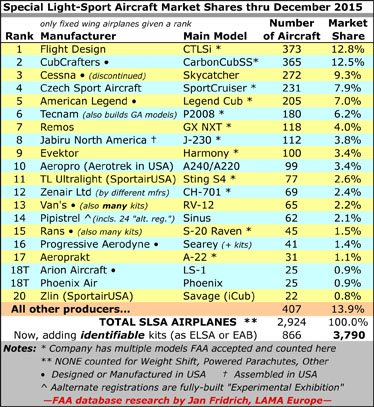 Updated 4/26/16 – This chart was updated to correct a formula error. The changed line refers to the “All other producers…” figure. It was 429 airplanes and 14.7% and that was incorrect. 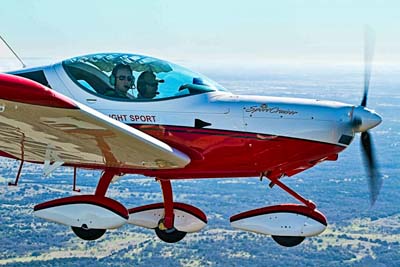 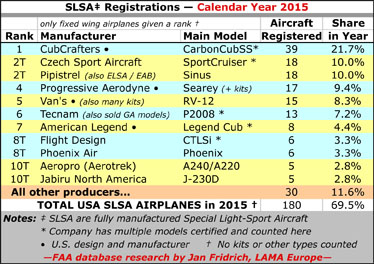 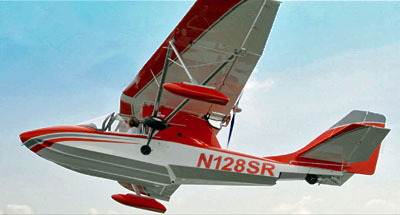 While repeating another respectable year of SLSA sales (in addition to their kit sales), Searey may have become the best-selling LSA in China.

Article Updated 8/8/16 — The second chart appearing below for Calendar 2015 results had errors in the spreadsheet formula. They have been corrected below. —DJ

My associate in Europe, Jan Fridrich of LAMA Europe, has been the source for a database search for many years as I seek to report market share statistics in the USA. He scours the FAA registration information and laboriously assembles the numbers. As he and I work to produce accurate info, Jan often makes contact with selected companies when questions arise, as they often do. I also reach out to producers in our effort to make the best possible use of the registration data to create our rankings.

Jan has been one of his country’s representatives in the Czech Republic’s official work with the Chinese to help that nation build its lighter aviation infrastructure. He’s made many trips to China in the last two years. Along with frequent travel in his job for the Light Aircraft Association time is short for him to find the hours it takes to review FAA’s data. For 2015 data, he completed the effort as I headed to Sun ‘n Fun and then to Aero, so… finally, here is our report with hearty thanks to Jan for doing this tedious work.

The summary view is that American LSA registrations have remained very consistent over the last three years (2013, 2014, and 2105). Most industry players believe we should be seeing higher figures but the LSA results closely mirror trends reported by GAMA for type certified aircraft. Likely reasons for lower numbers may include pilots still uncertain what will happen with the medical and a large fleet of still airworthy though increasingly older used aircraft — the average age of which is around 38 years — that are available at lower cost than a new Light-Sport Aircraft. Since I am in Europe as this is written, I can pass along that several Europeans see a similar picture here, albeit without the medical issue.

As 2016 began, America had just shy of 3,000 LSA airplanes in the registry. As we’ve said for years, this figure does not include weight shift aircraft, powered parachutes, motorgliders, or gyroplanes, which, if they could be accurately counted, would conservatively add 20%. Also, the figure also does not count many ELSA and should not count Experimental Amateur Built even if those aircraft are nearly identical to Special LSA. See this 2014 article for an effort to give a more accurate total of the LSA, LSA-like aircraft, and Sport Pilot-eligible aircraft operating in the United States.

Our main fleet chart above reflects all SLSA airplanes ever sold in the USA, less any that have been removed from the registry, for example, if sold outside the USA or lost in an accident.

As you can see, CubCrafters continues their climb and is now hovering just below Flight Design. Czech Sport Aircraft, American Legend, and Tecnam continue their growth making up the top five names.

We leave Cessna on the chart for now but most readers know Skycatchers are no long being produced so they will climb no further. However, companies like Icon made their first tiny impact on the list with a single registration in 2015. I visited with Kirk Hawkins at Aero; he invited me to see their production facility in a month or so. When that California airframer begins serial production, their large number of orders should thrust them upward at an increasing pace (troublesome contract problems notwithstanding).

In recent years our main chart also attempts to at least mention ELSA ad EAB where we believe we can rely on the numbers we find.

Our more recent chart of single year performance is lead again by CubCrafters although even their pace slowed for 2015. The Western U.S. producer remains well ahead but others have done credibly well: Czech Sport Aircraft, Pipistrel, Progressive Aerodyne (Searey) and Van’s. SportCruiser registrations were up from 2014 as were Pipistrel’s while Van’s, American Legend, Aerotrek, and Flight Design were down. Tecnam‘s numbers reflect only registrations of their LSA models but the company reports selling a similar number of type certified aircraft so their total American market presence is greater than our charts reflect.

One you haven’t seen at airshows in the last couple years is the Phoenix Air motorglider, an elegant machine but one in too-short supply, said U.S. importer Jim Lee. He has not been attending shows and will drop his advertising as delivery delays have stretched out too far despite interest he has found from American soaring enthusiasts.

As noted, Icon added only one SLSA registration in 2015, Cessna is gone, and Quicksilver experienced their own drop from 2014 as that company reorganized. However, honorable mentions are deserved for Super Petrel (4 added), Sling (3), Brazilian Paradise is returning to the market after an absence (2 in 2015) and Topaz continues to build modestly (2).

Another interesting development just announced includes the return of Zenair and their popular CH-750 STOL aircraft that will again be assembled as a ready-to-fly SLSA by M-Squared Aircraft in Alabama.

Those readers fascinated with these numbers may wish to compare 2014 and 2013 info, so click those links to read those earlier reports.

We dropped Allegro from the top-20 ranking even though their aircraft still has a good count as we’ve done with a few other brands over the years.

Finally, while our main chart focuses on the top brands, note that the largest single percentage are registrations from “All other producers.” So-called boutique brands still have their place in the LSA spectrum.

As always, our disclaimer is that we only count FAA registrations and only those from the USA, which leaves out the rest of the world that accounts for most sales of LSA-type aircraft. Our statistics will not be identical to what companies reports as sales and do not include aircraft retired from service for any reason. Lastly, I repeat we cannot accurately count a share of new aircraft sales that might amount to 20-25% more if the data were reliable. These observations combine to make a more conservative report than may actually be factual but we prefer to err on the side of caution.