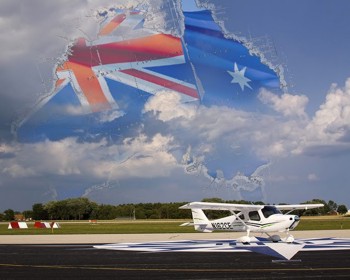 Cessna marches on with its C-162 Skycatcher production. Latest milestone: it’s first international delivery to an Australian customer.Aeromil Pacific of Queensland’s Sunshine Coast Airport took delivery and will use the bird for sales demos. The FBO also plans to display it at Avalon 2011: the Australian International Airshow in early March. *** In related news, Skycatcher’s design team won the American Institute of Aeronautics and Astronautics Piper General Aviation Award for 2010. Congrats to those hardworking slide-rule pushers. *** AIAA presents the award annually for outstanding contributions leading to the advancement of general aviation. *** As I posted after Sebring, Cessna plans to deliver 150 Skycatchers this year.